What the Wat: Wat Arun and Wat Po

A while ago, we took a water taxi up the Chao Phraya river to see Wat Arun and Wat Po. These are two very famous Bangkok temples, and I'm almost certain you've heard of the former, and seen something of the latter.


The first temple we toured was Wat Arun, or Temple of Dawn. Wat Arun is one of the most famous Buddhist temples in Thailand. It's been around in one form or another from at least the 1600s. Over the years, structures have been added, repainted, remodeled, and refinished.

The design of Wat Arun has a lot of Buddhist and Hindu symbolism which we won't delve into here, because I don't know it, and I'm writing from the inconvenience of a small phone's touchscreen keyboard. I will tell you that its name comes from the Hindu god Aruna, who, Wikipedia tells me, is personified by rays of a rising sun; and that one reason for that particular name may be that the temple is supposed to look especially gorgeous in the morning. 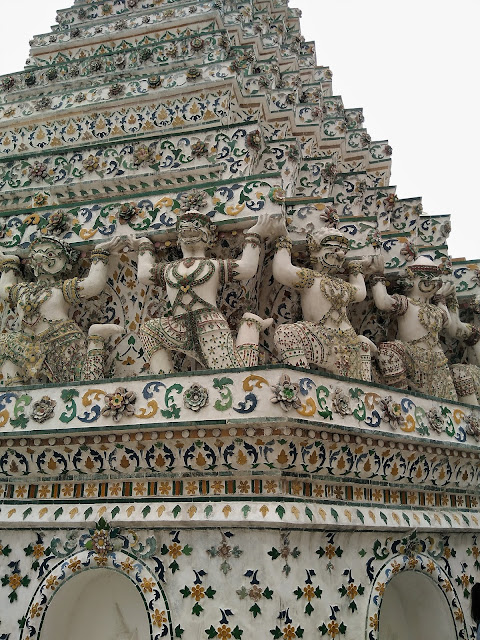 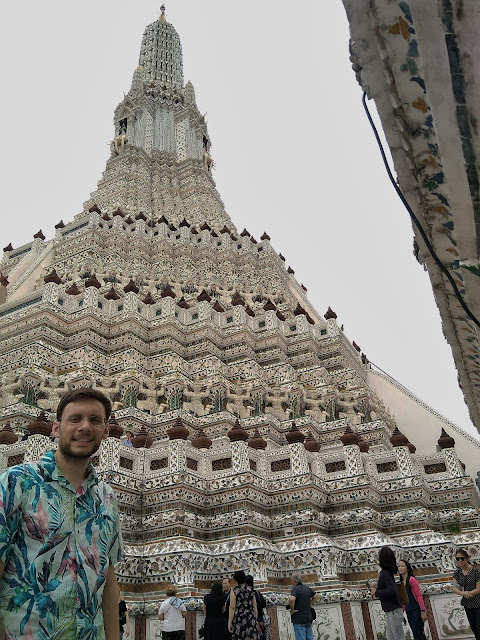 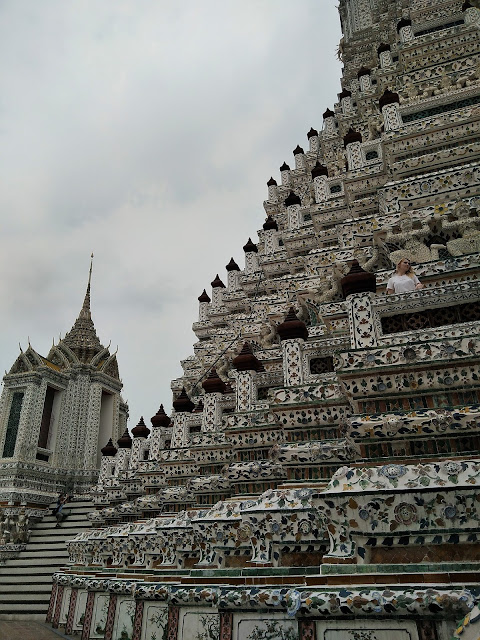 It's a bit hard to see in photos, but the sides of the temple are decorated in bits of porcelain and pottery, some of which was apparently used back in the day as ballast for Chinese ships. 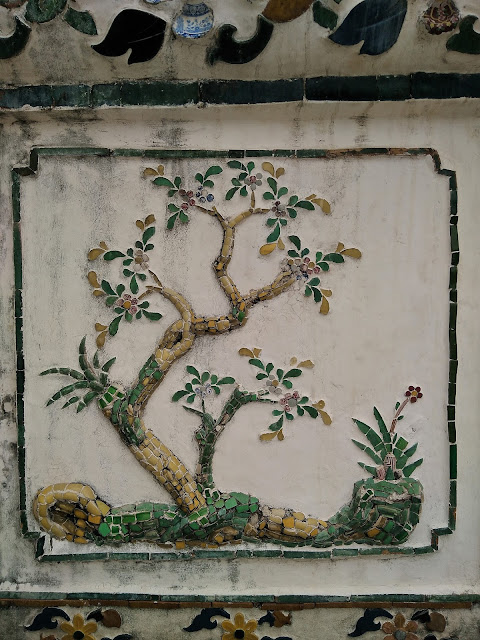 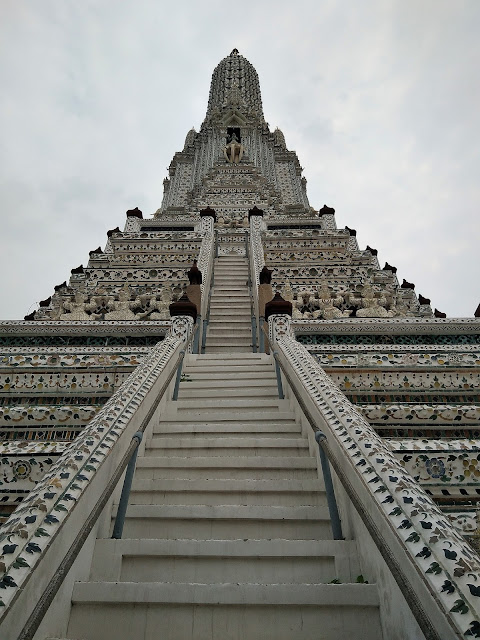 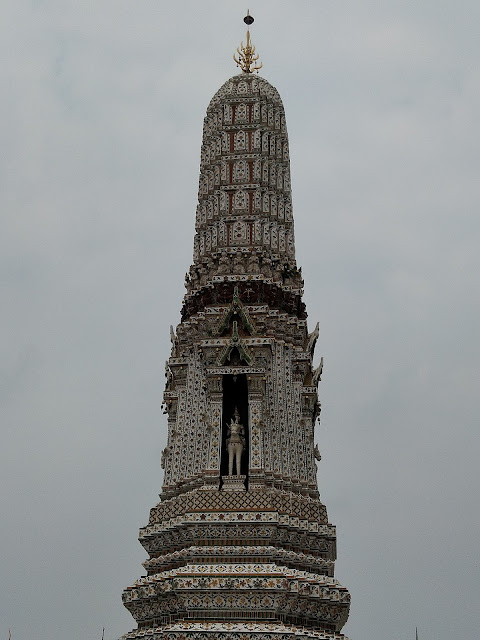 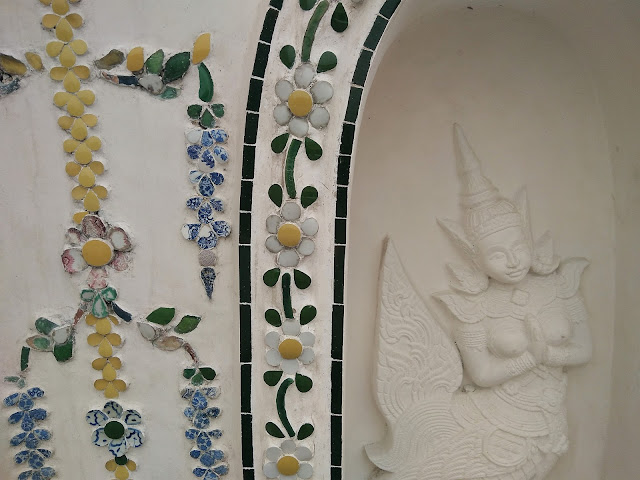 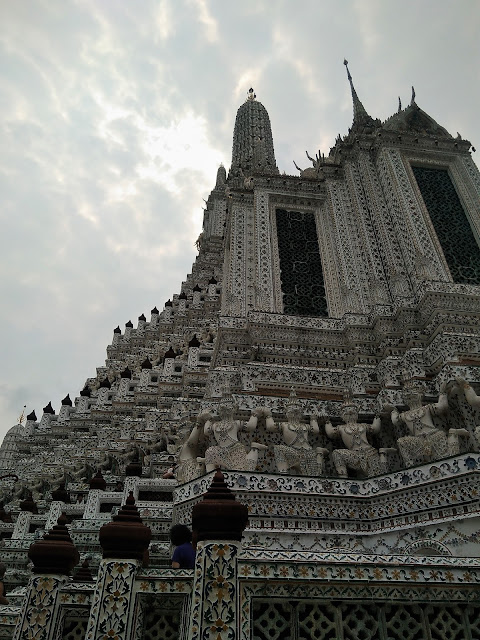 Wat Arun is on the opposite bank of the river from the other main sights. Its pier is one of the regular routed stops for the water taxis, so that's how we reached it. Another way is to take the very inexpensive ferry from the opposite shore. It shuttles back and forth during the day, and deposits passengers right by the Grand Palace and Wat Po. We took this ferry to go see the Reclining Buddha.


The Reclining Buddha is the most famous resident of Wat Po, though the temple is home to over a thousand others. After the fall of Ayutthaya, King Rama I ordered the recovery of Buddha images that were left behind. They are on display at Wat Po, along with images from other places in Thailand.

The temple compound is large. Rama I built the temple on an existing site, and its been expanded since his reign. It was the first university in Thailand, and is considered the birthplace of Thai massage. Thai medicine and massage are still taught at Wat Po. Ashes of Rama I were interred here under one of the images of Buddha. There is a lot to see, but most people (including us) come for the Reclining Buddha.


We wandered around a bit on the compound, but it was lunchtime, and we were all grouchy. 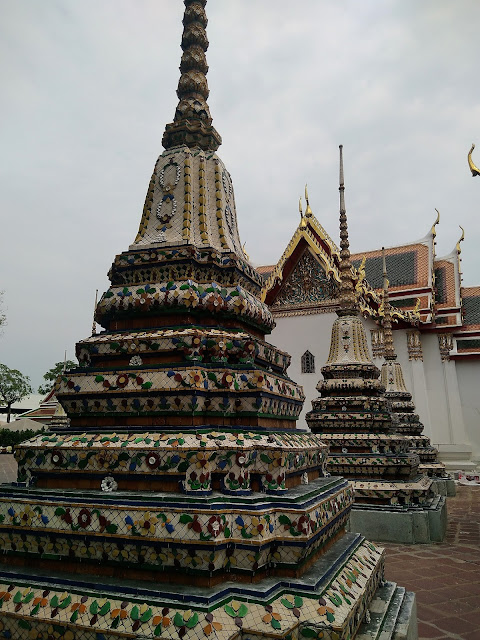 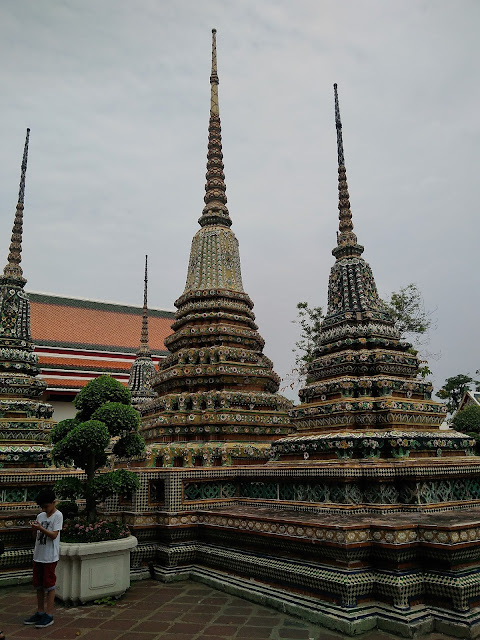 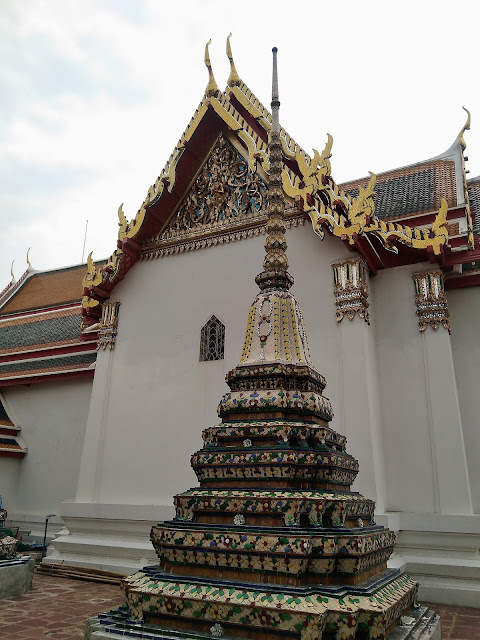 Our whole trip took about three hours, door to door, which means I could probably be convinced to do it again if you come visit. Maybe.
Posted by jj at 3:55 PM