Salamina is most famous for the Battle of Salamis. It was one of those epic Greek v. Persian fights, along with the battle at Marathon (where the marathon race originated, because a dude ran to Athens to announce the victory, then fell down dead), and the battle at Thermopylae (the one with the 300 Spartans). This battle was a big win for the Greeks. The Persians never attempted another land invasion.

Salamina is the closest island to the city of Athens. It's about 2km from Piraeus port, which equates to an approximately 10 minute ferry ride. I know--so taxing. Some locals live on Salamina, and commute to Athens for work. Other locals live in Athens, and keep vacation homes on Salamina. The point I'm trying to hammer home here is that it's close. Did I convey that?

We took the ferry to Salamina on one of our last weekends in Greece. It may actually have been our last weekend in Greece, but, as I say, it was five months ago, and I can't remember yesterday. I can remember my overall impression of the island, which was highly favorable. It's nearby, but still mostly uncrowded. It wasn't the most happening place, but I can see why people like to vacation there. The beaches are nice, and not very populated. There is little reason (other than proximity) for tourists to visit, which makes it a very low-key, villagey-feeling place. Yes, I liked it. 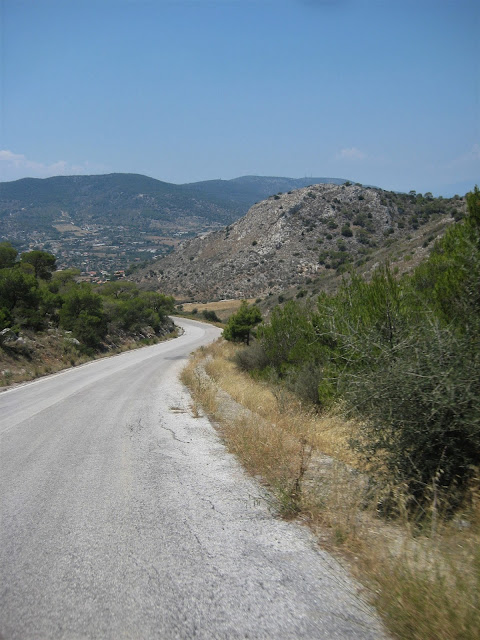 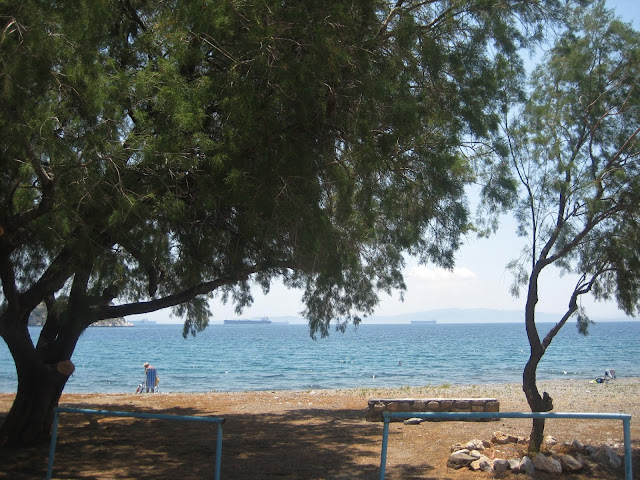 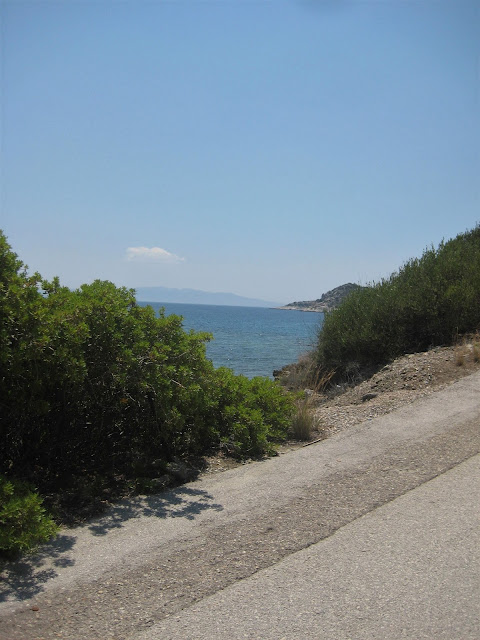 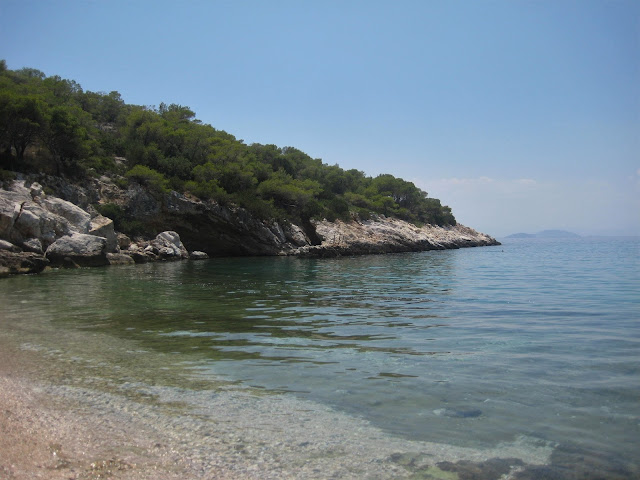 The back side of the island was mostly vacation homes, with very few tavernas scattered between. When I say "back side," I don't actually know which side of the island it was--I only know it was about forty-five minutes to an hour from where the ferry dropped us. There were a couple bigger cities (towns?) nearer to port. We stopped at one for a late lunch. Phil liked throwing his food over the side, and watching the fish eat it.