After an intensive Easter weekend, I had a lovely week-long vacation from blogging. Thank you for giving me time off. As a reward, here are long-promised photos from our trip to Thessaloniki. 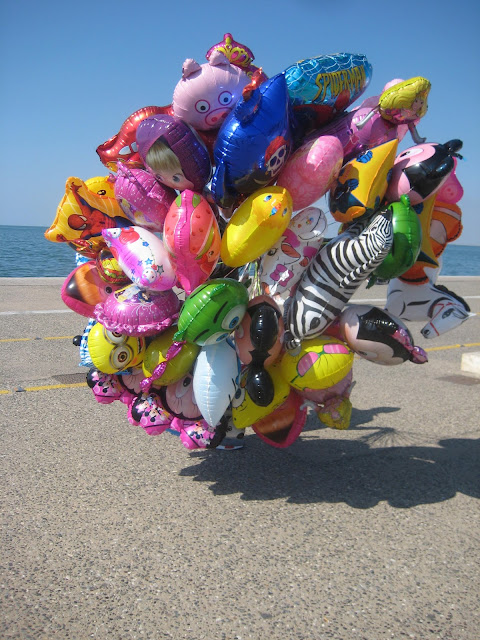 We flew to Thessaloniki at the beginning of April, during the same weekend as the 12th International Marathon Alexander the Great. Almost everything was booked. We stayed in an Airbnb apartment fairly close to the waterfront. It was described as vintage, but it was actually just old with a few antiqued focal pieces in each room. The master bedroom showcased an old foot-powered sewing machine. It wasn't awful, but the walls were the thinnest of paper-thin. I'm sure the neighbors were as happy to get rid of us, as we were to be rid of them.

Phil and I were sick with colds, and The Kid determined that he wasn't capable of sleeping in a room by himself. I didn't think we were going to survive. We did, and we mostly enjoyed our trip.

Thessaloniki has always been a strategically important city in Greece. Today, it ranks second only to Athens. It is the capital of Macedonia, the administrative region in northern Greece (not to be confused with Macedonia, the country, which we are all actually supposed to call "the former Yugoslav Republic of Macedonia" or FYROM, for short). Macedonia was the old stomping grounds for King Philip II, and his son, Alexander. Consequently, the souvenirs heavily feature those dudes.

Philip was born into royalty. When he took the throne, Greece was segmented into different states. Through diplomacy, and a whole bunch of war, he was able to create a federation and consolidate power in Macedonia. He had bigger designs, but was assassinated one night while walking into a theatre.

At age 20, Philip's son, Alexander, became king. Alexander had a talent for brutality, and was a skilled military commander. As a kid, he was tutored by Aristotle. While his greatest talent may have been his skill as a military leader, his greatest asset was his genius for crafting public opinion. The guy was a PR master. Alexander created a god-like image for himself. Through his military prowess, he conquered an enormous stretch of land. He founded at least twenty cities, naming them after himself, including the city of Alexandria in Egypt. He died at age 32, having amassed an astounding empire, and a pretty cool moniker. Today, we all know him as Alexander the Great. 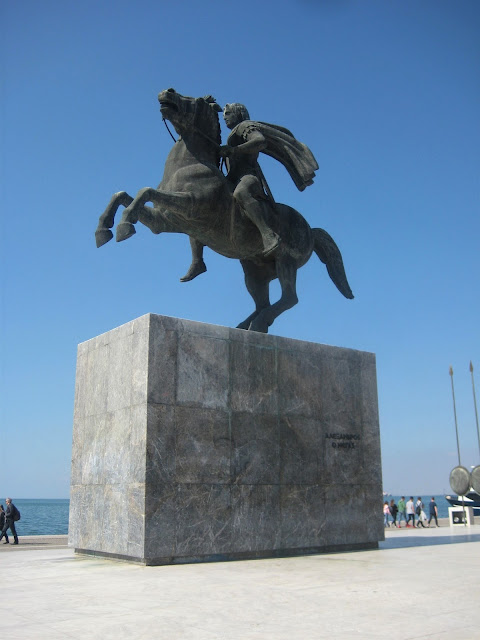 The Greeks like to say that Philip conquered Greece, and Alexander conquered the world. After Alexander's death, however, the empire began to splinter. His death created a power vacuum, which was filled by competing leaders who lacked Alexander's abilities. The Macedon federation fell apart, and Greece never regained the level of power it had during Alexander's reign. Despite that, both men are held in high regard. It's common to name a son after Alexander if his father's name is Philip.

Phil and I were able to visit King Philip's tomb near Vergina, about an hour-ish drive from Thessaloniki. It is opulent. Photography is prohibited inside the exhibit, which is a huge bummer. The museum topped Corinth as my favorite in Greece. It's well-designed, and frankly flooring to see the amount of wealth this family possessed, particularly when you consider that the huge piles of silver and gold in the museum were things they chucked into a burial tomb.

During this trip, Phil and I were also able to drive to Mount Olympos, the home of the Gods. I don't have much to say about this. Most of the time, I was hanging out the window, yelling, "WOW! PHIL!" 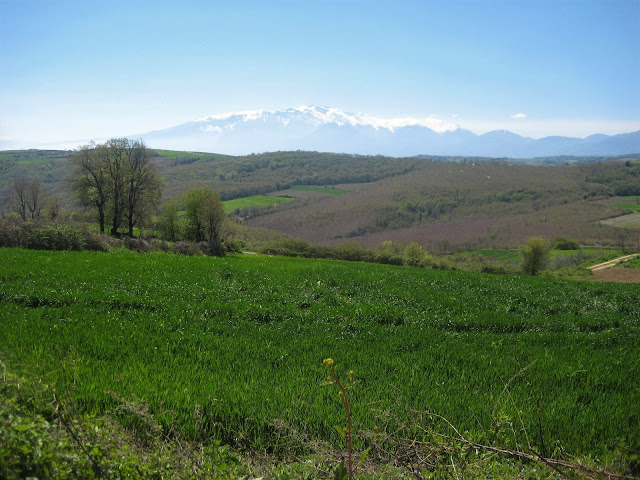 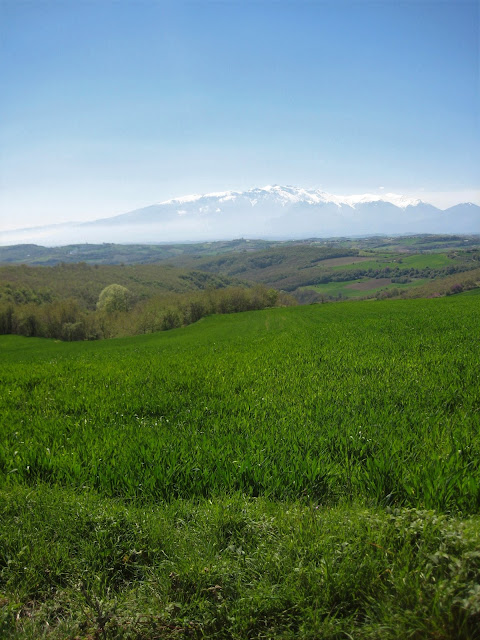 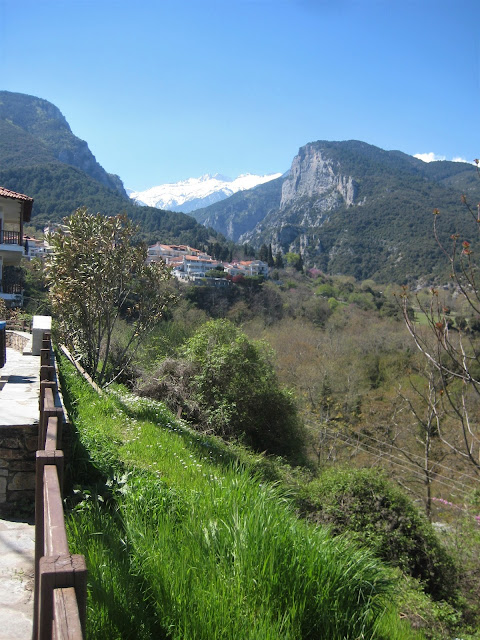 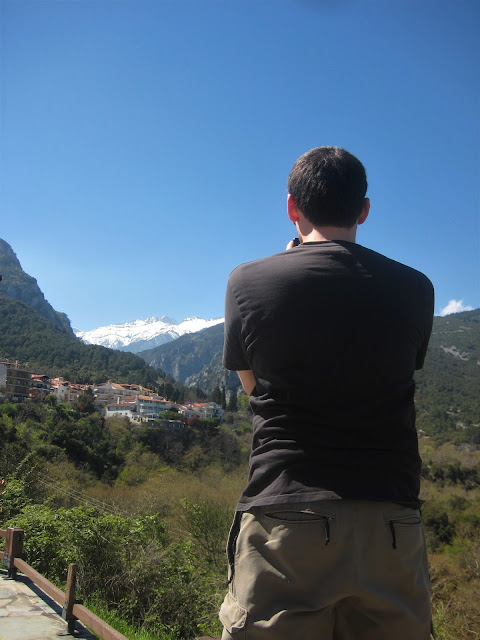 We ate lunch in a town near the base, then drove through the national park to one of the trailheads. We each took a turn exploring the trail for five minutes while the other stayed behind with the car and the sleeping baby.

The point of this post was to write about Thessaloniki, so I guess I'd better do some of that. In looks, Thessaloniki easily tops Athens. The city is much cleaner, and much more walkable. The architecture is determinedly Greek, but the layout feels more similar to other places in Europe. It's a different vibe than Athens. 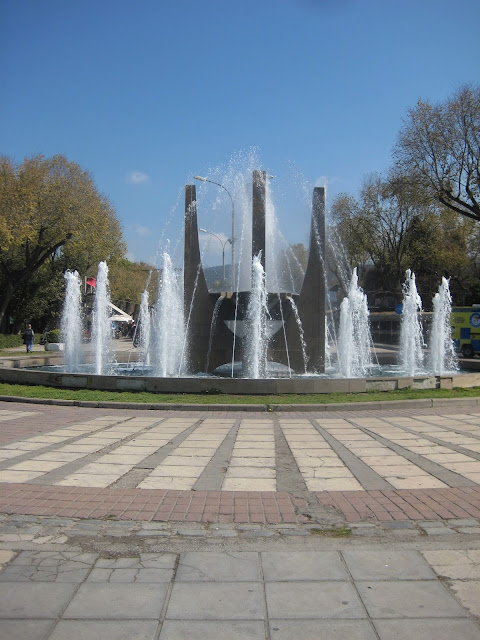 Thessaloniki is part college-town, part tourist destination, part bougatsa mecca. Bougatsa is a pastry made with flaky filo dough, and stuffed with sweet or savory fillings. My favorite version has a rich, sweet, semolina custard filling.

I debated whether to show you this next photo, or not. It's a really ugly photo of food, and I almost think it's better to leave bougatsa to your imagination than to show you this. I'll let you decide for yourself.

There are a lot of old Byzantine sites in Thessaloniki. We didn't hit many on this trip, because we were sick, and wanted to see gold and mountains instead. The sites aren't too far from the waterfront. Like I said before, if you were paying attention for once in your g...no, be calm, the city is really walkable.

One of my favorite things about Thessaloniki was the street art. A few years ago, I had to write a huge seminar paper about a very specific aspect of copyright law as it relates to art. I chose to focus on fair use and street art. I did a phenomenal job, and I can't remember any of it; but out of that experience, I developed a slightly-more-than-passing interest in street art. Thessaloniki is full of it. 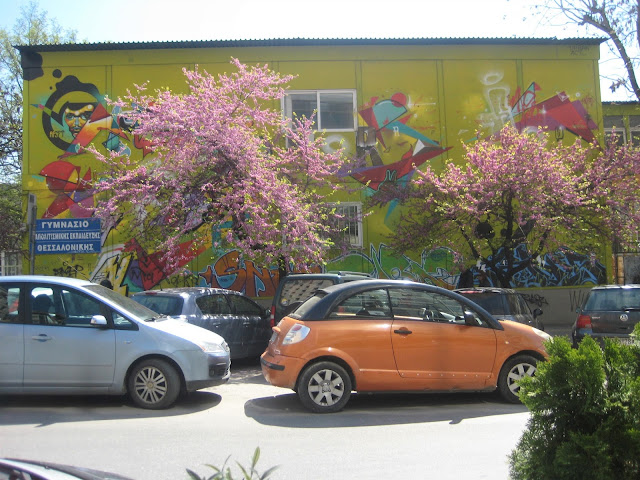 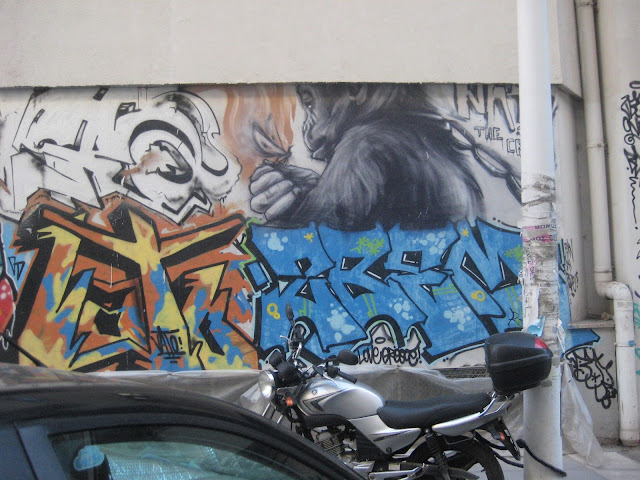 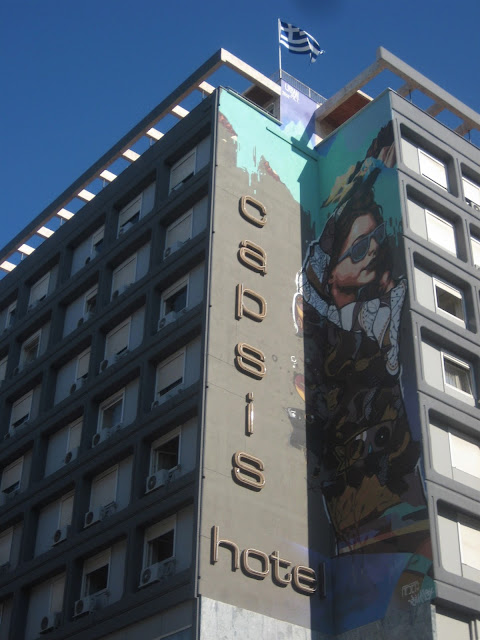 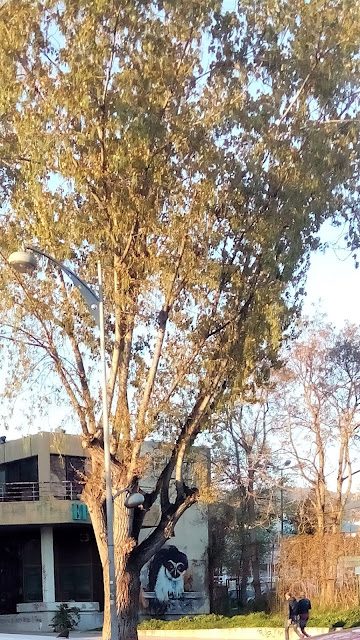 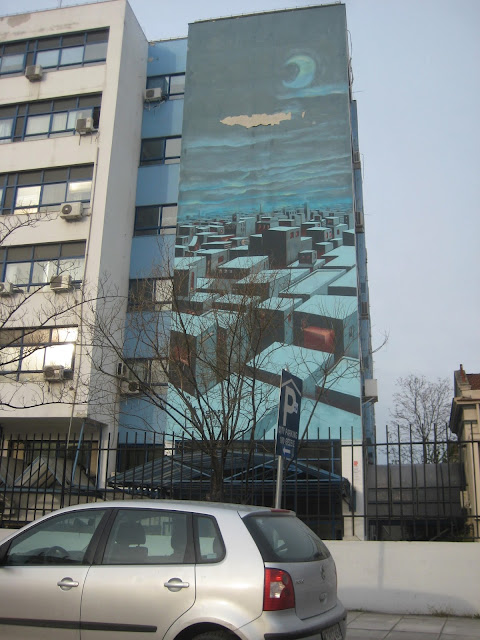 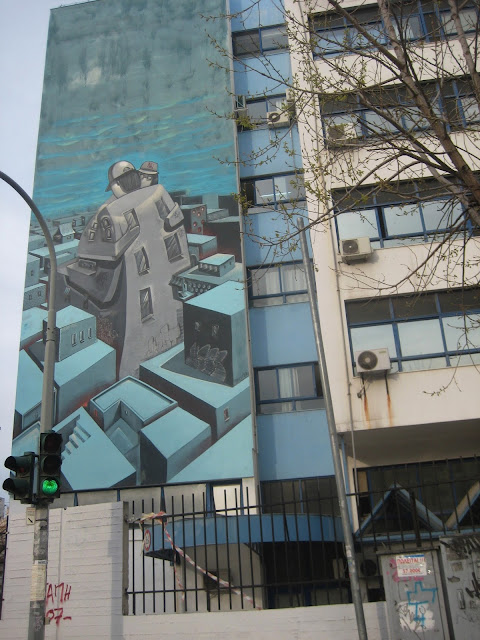 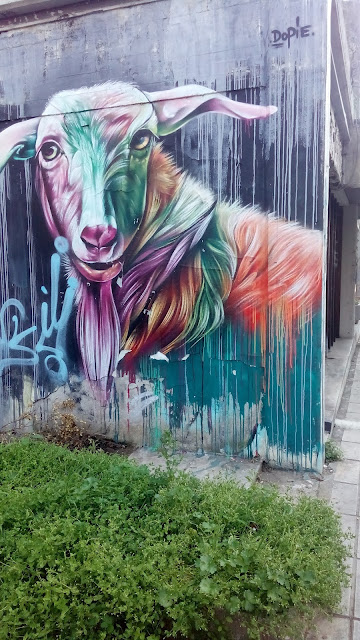 I wasn't able to see everything there is to see in Thessaloniki, but that's going to end up being true for the majority of this incredible country. At least I ate the bougatsa. 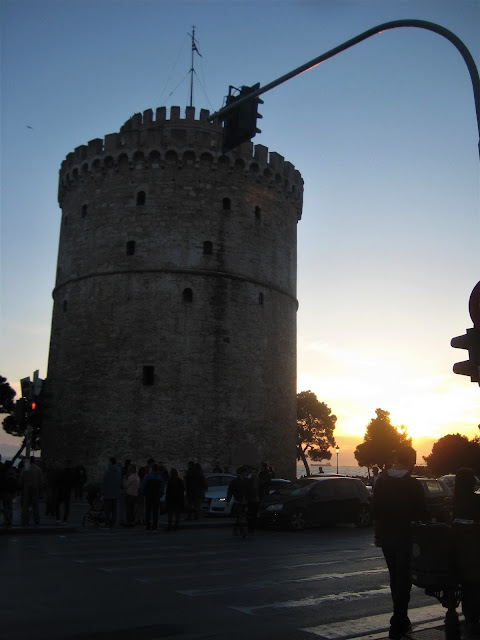