It's been a while since I've publicly bragged about my purchases from laiki. I want to rectify that.

Strawberries are in season again. They trickled in slowly this year. First, I could only find a few half-decent berries at one guy's stall. Now they're on every fruit seller's table. It's delightful. I bought strawberries from two different sellers today, because I have a lot of irons in the fire at laiki. My loyalties are divided. I feel guilty, okay? I feel guilty when I don't stop by my usual stalls.

Guilt is the reason I bought a thing of honey this week, too. We like the honey, and we eat the honey, we just didn't necessarily need the honey.

I also bought a new bouquet for my apfelwein jug. I skipped last week because I had a stomach bug, and wanted to get through my laiki shopping as quickly as possible. I'll post a photo of those flowers separately, but not for another day or two because they aren't bloomed out magnificently yet.

Phil returned from his work trip yesterday morning. Bella freaked out when she saw him. So did The Kid. So did I, if we're being honest. It's good to have him home. Kid has been wrestling some sort of sickness for a couple days. He capitulated yesterday, all over his clothes, and the kitchen floor. He's not as sick today, but he's still feeling crummy. Poor little dude.

I found a lone, little bug as I was combing through Bella's hair last night. She's current on her flea and tick prevention, but I still devoted an hour to panic about it before bed. It's fine. She's fine. We're all fine. In the rational light of morning, I trimmed and cleaned her without finding another bug. 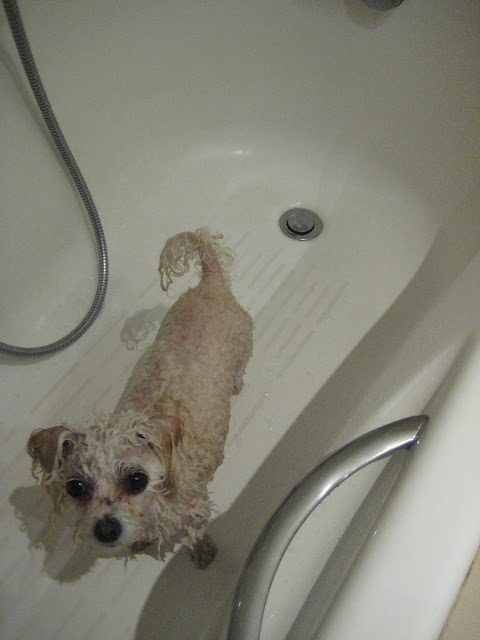 We have relatives flying in tomorrow. I cleaned the big balcony in anticipation of their arrival. I actually cleaned it because it was filthy, but it was nice to have a reason to do it. It occurred to me yesterday that they'll be here during a holiday weekend. Saturday is the celebration of Greece's War of Independence (from the Ottomans). It's also the celebration of the Assumption. It's a double whammy, so a lot of things are going to be closed. On the plus side, this will be a good chance for us to put our knowledge of free, open, offbeat things to do in Athens to the test. Yipes.

I must rouse the child, and stuff some food into his face. I'll leave you with two behind the scenes photos to show you what really goes into nice pictures of laiki purchases. 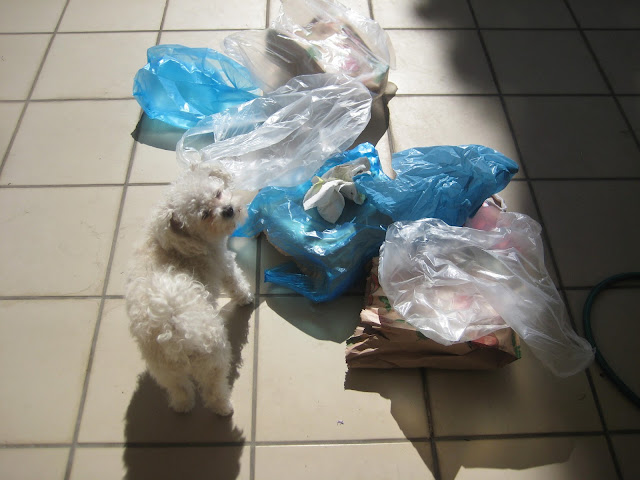 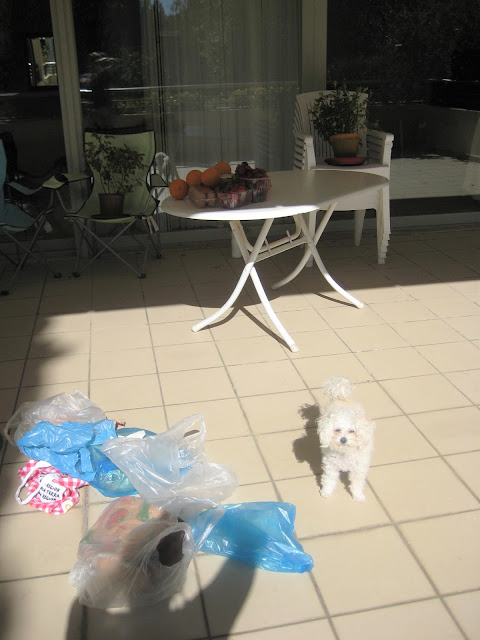