Yeah, I can't believe I'm still posting photos from this, either. This will be a quick one. We went on this trip over a month ago, and I have other things I want to show you.

Between Naples and Pompeii, there's an archaeological site of another city buried by Vesuvius. Herculaneum was a wealthier city than Pompeii, and it was destroyed differently. When Vesuvius initially erupted, heavy piles of ash and pumice fell on Pompeii, while only lightly dusting Herculaneum. The overwhelming majority of the population were able to evacuate, before pyroclastic flows dumped crap all over their buildings. Underneath the thick layer of volcano junk, bits of wood, plants, furniture, and food (!) were preserved.

The site itself is much smaller than Pompeii, because 75% of ancient Herculaneum is still buried underneath the modern town. It was amazing to see the charred wood from AD 79!!!!


Until recently, archaeologists believed that everyone had evacuated Herculaneum. During a dig of the boathouses in the 80's, archaeologists uncovered dozens of skeletons. Herculaneum used to border the water. The eruption of Vesuvius changed the shoreline, so now the water is a bit out from the old city. Back then, they had much closer access. Archaeologists believe that the skeletons belonged to residents who had stayed behind, eventually realized the danger, and were waiting at the shore for evacuation.

You can walk down to the boathouses, and see the skeletons from a close distance. This was another instance where I wasn't sure whether to document it for you, or not. I decided against it, because it was honestly pretty upsetting. If I had died there, I'm not sure I'd want people "oohing" over my skeleton. If you're curious, and no judgement from me, you can google "Herculaneum skeletons," and get a sense of what it looks like.

Herculaneum was cool. As a layperson, it was not as cool to explore as Pompeii, but I'm willing to reserve final judgment until they can dig the whole thing out (which might not ever happen). The coolest thing about it is the fact that so many items are incredibly well-preserved. Because of this, archaeologists are able to conduct detailed studies, and determine what people in the area were eating, wearing, growing, constructing, and even reading.

These final three photos aren't interesting enough to merit a standalone blog post. Or maybe they are, but I've already dragged this weekend trip into three separate posts spread over a month, so I'm done. When we went to Italy, we took the last flight of the season to Naples, and had to fly back to Athens from Rome. We drove from Naples to Rome, found parking near the main train station in Rome, and took a few quick metro rides to the Colosseum, and Vatican City. The metro was slick, but we only had two hours. Also, most of the stations don't have elevators. With a stroller, it was rough. 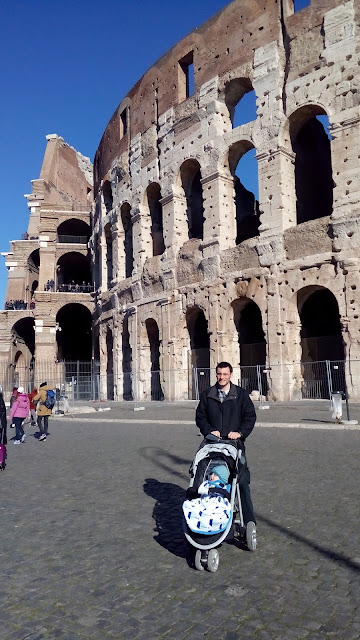 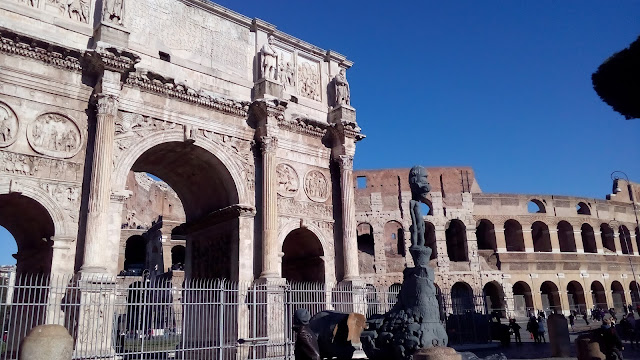 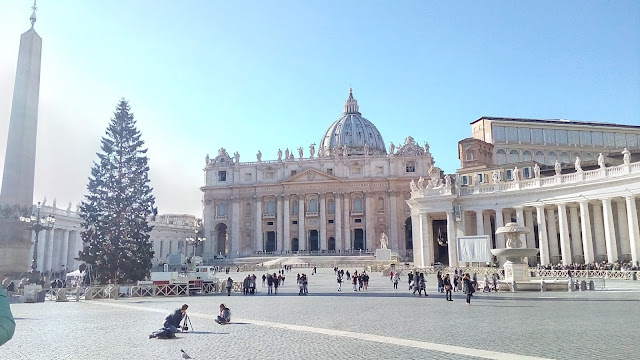 We had a great weekend trip to Italy. Maybe with another 5-10 weekends, we'd be able to hit all the major tourist sites. Who knows, though? That place is huge.
Posted by jj at 11:17 AM