Pompeii was a beautiful city situated on great agricultural land. The city was inhabited by several different groups of people, before ultimately ending up in Roman control. Some of the homes served as vacation villas for the Romans, who crammed them full of mosaics, frescoes, and "modern" amenities. The city had beautiful bathhouses, a stadium for gladiator battles, taverns, vineyards, and a brothel--which can still be seen with the original "menus" painted above the bedroom doorways.

In AD 79, Mount Vesuvius, a formidable formation overlooking Pompeii, blew its top. The area around the mountain had been seismically active for many years. In AD 62, a massive earthquake destroyed large swaths of the city of Pompeii, which was still being rebuilt when Vesuvius erupted.

Pompeii was buried in 25m of volcanic crap, and remained buried until 1599, when a construction crew building a water pipeline uncovered some old buildings and frescoes. While the majority of residents had evacuated, a few remained. These people were killed by the heat of the volcano's pyroclastic flows. Their remains left voids in the ash, which were then filled with plaster. Several of these casts are on display at the site. More on that, later. First, some photos:

The bathhouses were segregated by sex. The men's bathhouse was opulent, gorgeous, and richly decorated. The women's bathhouse was fine. There were three areas of each bathhouse, apart from the dressing room: the tepid bath, the hot bath, and the cold bath. The hot bath functioned through a feat of engineering. Two floors were built, one raised above the other, with a space between. Slaves stoked a fire, which pushed hot air through the vacancy between the floors. The heat rose through the floor, and warmed the bath.

Here's a look at one of the food counters/taverns.


Something that I was really eager to see was the chariot tracks carved into the streets. The chariots would race through the city, leaving imprints in the rock. The streets were often filled with water, part of their aqueduct system, so pedestrians would cross the street on those raised stone blocks intersecting the street in the background of the photo. 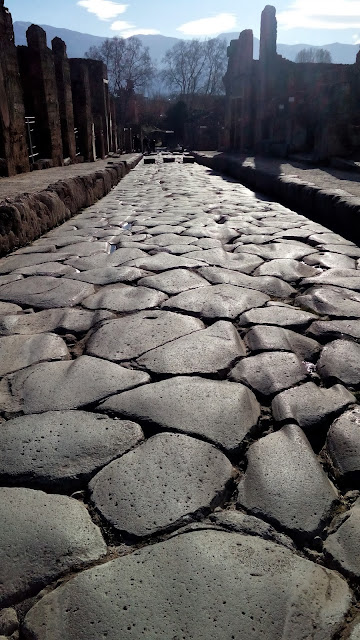 The size of this archaeological site is really something else. I'm used to seeing Greek ruins, which are impressive, but, at the end of the day, are literally ruins. This city is still in tact!


The homes that were uncovered were given names by archaeologists, reflecting the items that were found inside. I've forgotten most of the names, so you can name them yourself. 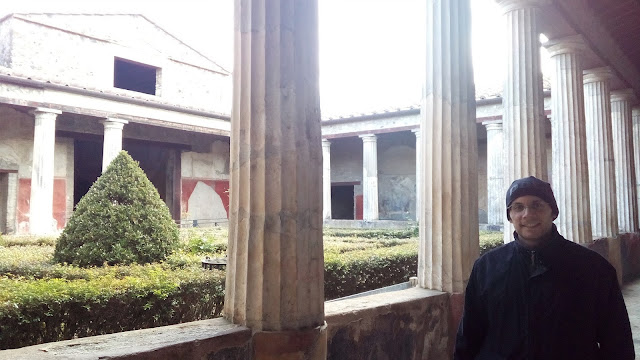 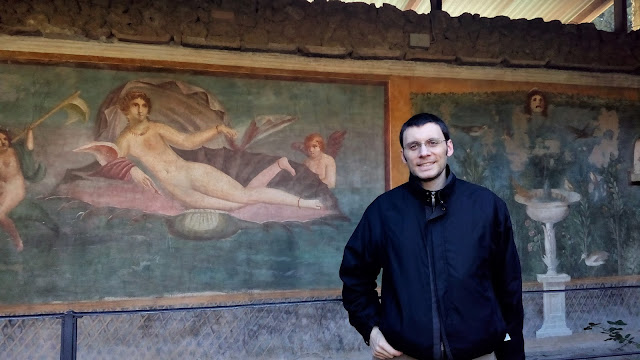 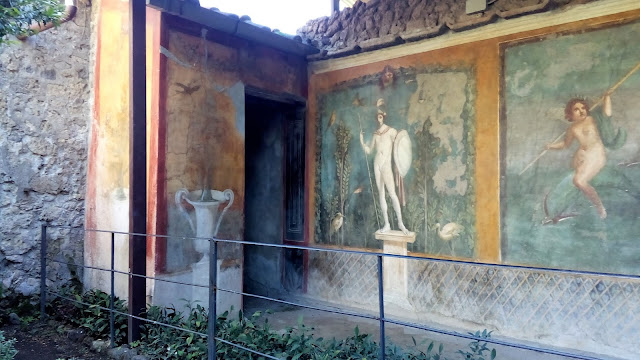 The mosaics in Pompeii were incredible. Some are in the museum, but some are still in place. 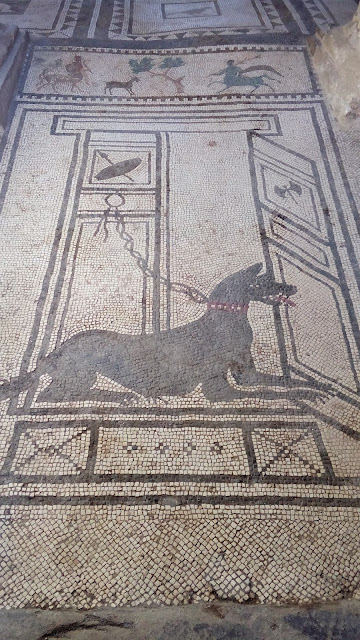 I've always wanted to see Pompeii. The eruption of Vesuvius was one of the first natural disasters I remember learning about as a kid. In the way I had imagined the event, people were going about their daily routine, when they were suddenly, unknowingly, buried and killed by a volcanic eruption. I've occasionally thought to myself, "What would people think if they uncovered my body in this position in 2,000 years?" It's been an interesting thought experiment, and has enthralled me for years. I never really believed I'd have the opportunity to see Pompeii for myself, and I still can't quite believe that I did. It was an absolutely flooring experience, and my favorite archaeological site so far. It's easy to get caught up in awe of Pompeii, and forget the tragedy. 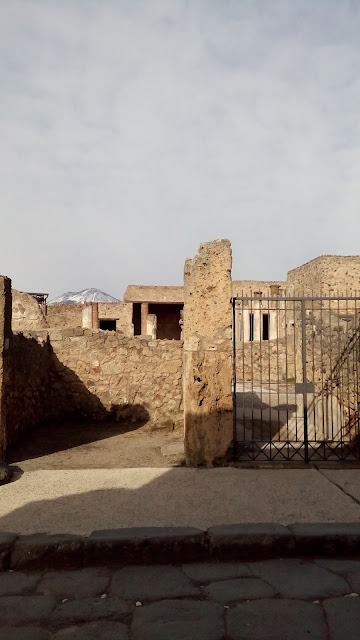 The story of Pompeii is unavoidably tragic. The people who were killed in the eruption of Vesuvius were citizens who didn't, or couldn't, evacuate. Undoubtedly, some didn't believe they were in danger of losing their lives. Others were too poor to evacuate, or were physically restrained from leaving. The bodies of victims were found in various locations throughout the site, and it was obvious that they were trying to flee. The victims died quickly, but the reality of their impending death was clear to them. There are a few sites where a group of victims were found. One included an area that had been converted to a vineyard shortly before the eruption. The people found in that area were climbing over mounds of pumice stone, desperately searching for an escape through the city walls. There were men, women, and several young, young children. Their plaster casts are on display, and are deeply disturbing.

I debated for a long time about whether to take photos of the plaster casts, or not. They are a unique part of the site, and worth viewing. At the same time, these are the final remains of people who died terrified. The plaster casts encasing their skeletons are a testament to the fear they felt at the moment of death. I frankly couldn't photograph the casts of the children, and decided against photographing some of the others, including one of the most famous casts of a victim crouched in a ball, shielding his face with his hands. In the end, this is the only photograph I took. 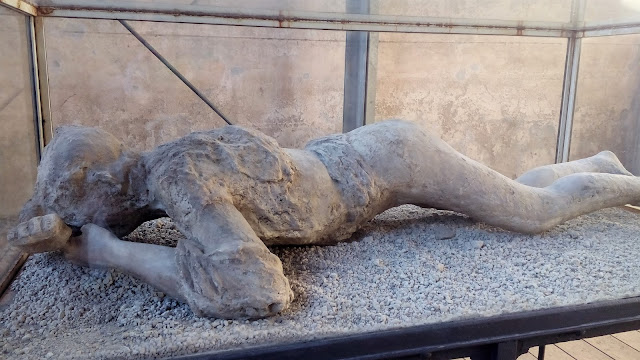 I didn't intend to leave this post on a somber note, but I did want to point out that it's possible to enjoy Pompeii, while also respecting the site for what it is. Pompeii was magnificent, and my thought experiment still stands. If you were to die today, how would you want to be found? 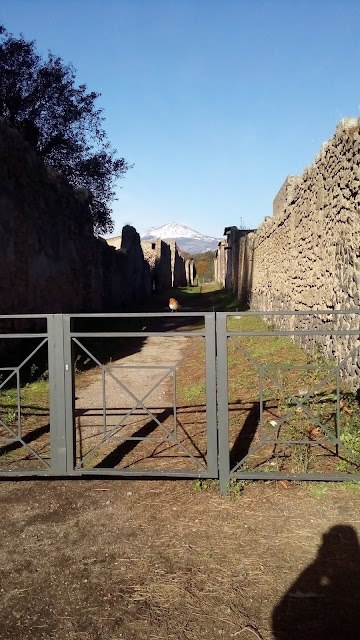