Last week was a week of adventures, one of which I already documented for you, HERE. I've declared this week a week of rest, not only because I have a lot of crap to catch up on, but also because The Kid got super mean after running around in the heat for several, consecutive days. One of the things I've been wanting to do is write to you about Bang Kachao.

Bang Kachao is the "green lung" of Bangkok. It's a pseudo-island, naturally protected from the city by a bend in the big river, and artificially cut off from it by a canal. It's still relatively undeveloped and villagey, with cheap produce stalls alongside the road, and dedicated hike/bike paths around the island.


Despite its proximity, and the island's many draws, we've only been over there twice. Our first visit was last October. We went to Bang Kachao's floating market with Phil's family. Though Bangnamphung is called a "floating" market, it's more like a regular weekend market suspended over a wetland, where you walk on sidewalks instead of paddle in boats. It was still really great. The market was created for tourists, but the crowd seemed mostly local. Products and prices were local, too. Phil had delicious, cheap satay, and The Kid fed a bunch of koi from a baby bottle (See: HERE).


Our most recent Bang Kachao visit took us to a botanical garden on the island, called the Sri Nakhon Khuean Khan Park and Botanical Garden.

The Sri Nakhon Khuean Khan Park and Botanical Garden ("The Park") is a free, public park with bike trails, picnic areas, and paved nature walks. It's part of the wetlands, so I was expecting the whole thing to look like it did on the way into The Park.

Instead, it was a beautiful, manicured, labeled botanical garden.

We spent about an hour walking around The Park. It was quiet, and even shady in places. We learned about the local flora, and saw winged animals that weren't pigeons.


It was refreshing to get out of the city. That's a cliche thing said by city folk that I finally understand now that I live in a smothering megacity with 14 million other human beings, and a bunch of soi dogs. 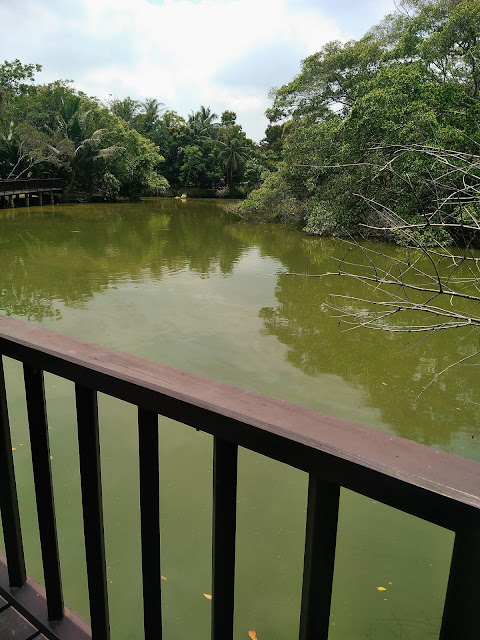 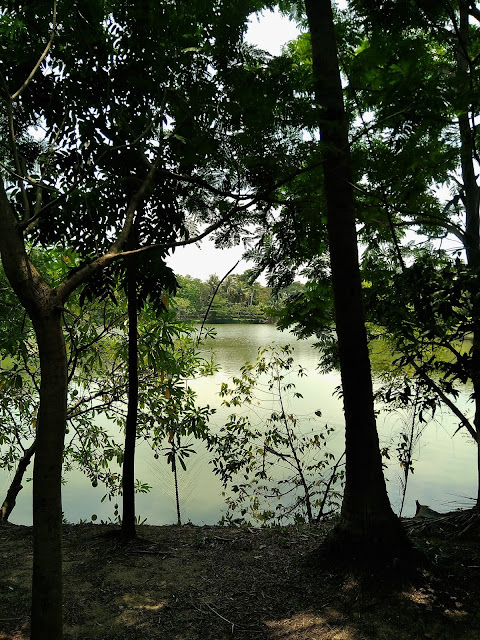 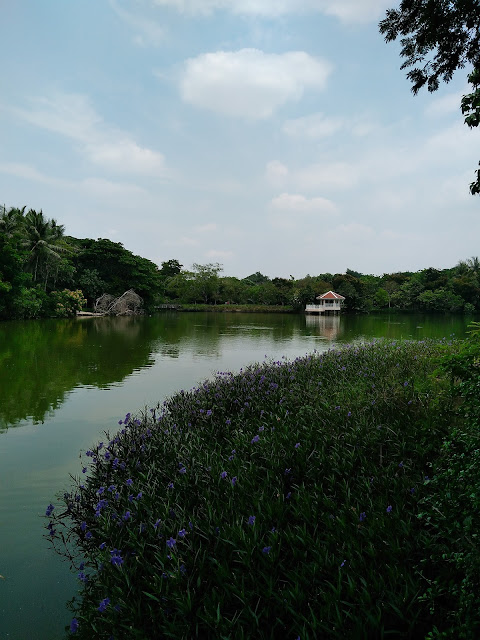 Bang Kachao is a nice place to hide from Bangkok, and it's close enough that we don't have to pack five thousand bags to see it with our kid. I particularly liked the Sri Nakhon Khu...The Park...on the island, and plan to return to it every time Bangkok makes me homicidal.