Kalavryta, Nearby, and a few randoms

I was going to drag this out further, but I'm not sure I'll ever get through my Greece postings if I don't cram them all in. So, here's the rest of our Peloponnese trip.

As promised, this is the link to the place we stayed near Monemvasia:
https://www.airbnb.com/rooms/16897733?location=Trochalia%2C%20Laconia%2C%20Greece&s=sMLl7-WN

Our host was Fotini, and she was absolutely lovely. She made breakfast every morning. It was delicious.

There were a few nice beaches nearby. This is one of them: 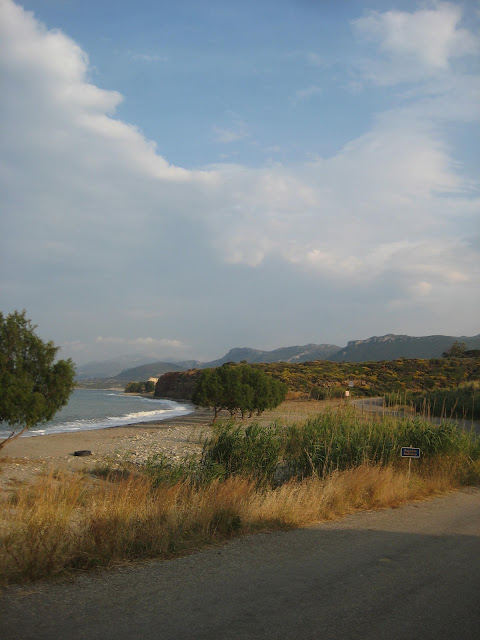 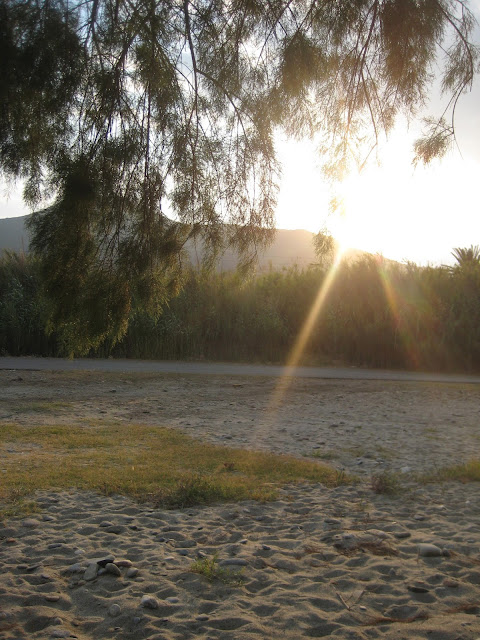 On our way from Elafonisos to Xifias, where we stayed, we saw this old fort. I thought it was cool, and took a photograph of it. That's the whole story. The end.

We drove from Monemvasia to Kalavryta, and saw nice things along the way.


We finally made it to Kalavryta, after winding our way through teeny mountain villages. I made a terrible remark that I didn't realize was terrible at the time. There weren't many people in the villages, but there were large cemeteries, so I made a stupid joke about how the dead outnumbered the living.

I learned later that the Nazis obliterated many of the mountain villages of the Peloponnese. Kalavryta was particularly brutalized. For a time, the Greek resistance was operating out of Kalavryta, and captured about 80 Nazi fighters during an early battle. The Nazis, angered by the defeat, began to work their way through the villages, burning homes, and killing residents. The Nazis told the resistance that unless the prisoners were released, they would continue slaughtering the villagers. The resistance responded by killing the prisoners. Infuriated, the Nazis were ordered to Kalavryta, where they locked the women and children in the village school and set it on fire. Every male over the age of twelve was marched to a nearby hill, and shot. The women managed to escape the school, where they witnessed the deaths of their loved ones, and were forced to drag their bodies off the hill for burial. It was December, and the widows of Kalavryta were left with nothing.

Today, Kalavryta is a sleepy ski town, primarily populated by tourists. There are a few, good Greek restaurants, and a fun cog rail trail. Despite the attractions, there is an inescapable undercurrent of tragedy. The old school now houses a holocaust museum, and the hill is a memorial to the lives lost.

I had a hard time in Kalavryta. It is beautiful, and the people are magnificently welcoming, but it is sad. I was glad we went, but I wasn't sorry to leave. My favorite part of the village was sitting in the square next to the church. The church was destroyed twice: once by the Ottomans, and once by the Nazis. One face of the church clock is stopped at the time the December massacre began. All around the square are cafes, and park benches. The locals spend their mornings and evenings in the square. The kids walk through it on their way to school, and play in it after school. It's a gathering place for the village, and a nice reminder of the goodness of community.

There are many villages across Europe that faced unimaginable horror during the last world war. As a young American, I've had a blind spot about the toll the war took on the continent. War is terrible.

I'm not sure how to transition from that, to this next part. It's jarring, but maybe that's okay. Near Kalavryta is a ski resort. It's deserted during the summer. I hiked up the side to grab some snow.

Outside Kalavryta is a little place called Planitero. It's famous for its trout farms. We ate at a very good taverna in the village, the name of which has escaped me entirely. There are only one or two tavernas there, and both are highly rated, so you're probably safe no matter where you go. The food was delicious, and the taverna was beautiful. I've added it to a list of places where Phil and I would get married if we hadn't already gotten married.


The mountains were amazing. I had beauty-fatigue for a week after we left. Everything looked ugly in comparison. 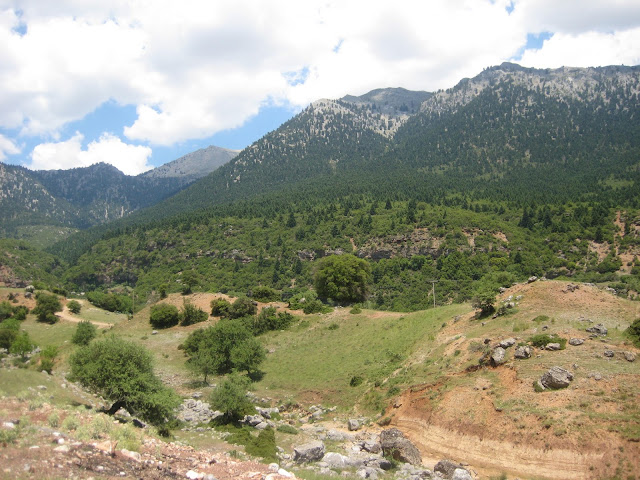 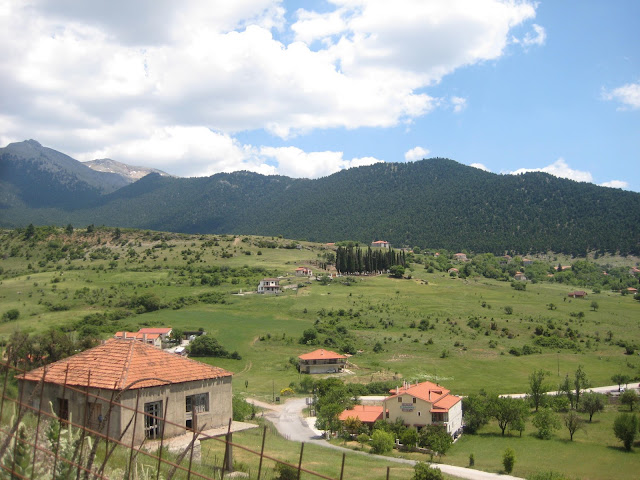 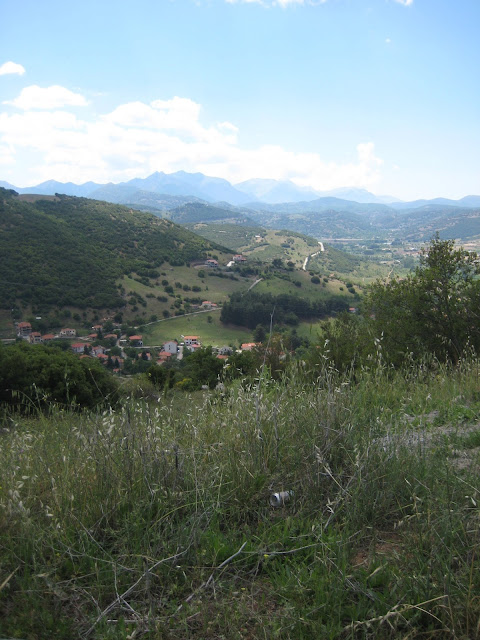 If I could return to one place in Greece, it would be the Peloponnese. It's huge, it's lovely, and it's enduring.
Posted by jj at 9:10 PM