Today is Holy Thursday in Greece. All week, people have been going to nightly church, but tonight is the first big church night. Holy Thursday is a commemoration of the Last Supper, the washing of the feet, the agony in the garden, and the betrayal by Judas. Many of you are familiar with the story, but for you horrifying atheists (I'm kidding, be what you want to be), I'll summarize.

Jesus Christ is regarded by Christians as the literal son of God. He was sent to Earth to live and die like the rest of us. His death was an atonement for the sins of man, which would allow them to be pure enough to return to God's presence. Easter is a recognition of his sacrifice, and a celebration of his resurrection.

In historical record, Jesus Christ was born into a Jewish family, attained a large religious following, established his own church, and irritated local officials to the point that they found cause to execute him by crucifixion.

According to Christian theology, after Christ had been dead and buried for three days, he rose from the dead and was resurrected, providing mankind the opportunity to do the same. The story of Christ's resurrection is the foundation for the Christian belief of life after death, eternal life, heaven, and all of those related concepts.

At Orthodox churches across the country, effigies of Christ will be hung on crucifixes this evening. Worshippers will attend a solemn service, with this as a focal point. The service will include readings from scriptural accounts of Christ's institution of Eucharist, or Sacrament, during the Last Supper. It will also cover the washing of the disciples' feet, which Jesus performed as a type of humility and service. The mournfulness of the evening comes from the accounts of Christ's agony in the garden, during which he was said to have taken upon the sins of all mankind, and his betrayal by Judas to the local authorities. The service is long. After the service, and throughout the night, the churches will be open for people to pay homage and decorate the crucifixes with flowers.

On the homefront, today is the last day the stores will be open. Starting tomorrow, everything will be closed. In tourist areas, there will be a few, scattered tavernas that will be open, but most locals will be attending church, and celebrating with their families. [UPDATE: This has turned out not to be true. Most of the major grocery stores are open, possibly on reduced hours. Some bakeries and coffee shops are open, too. Archaeological sites and museums are open with shorter hours.]

Accordingly, I went nuts shopping this week. I hit the grocery store on Tuesday morning, and bought more milk than humanly possible to drink in four days. I ordered a bunch of meat, and today I went to laiki.


Holy Thursday is the traditional day for dying those blindingly red Greek Easter eggs you've undoubtedly seen at some point in your life. The red dye represents the blood of Christ. The eggs are hard boiled and dyed today, then saved for a game during the feast on Easter Sunday. More on that game later. 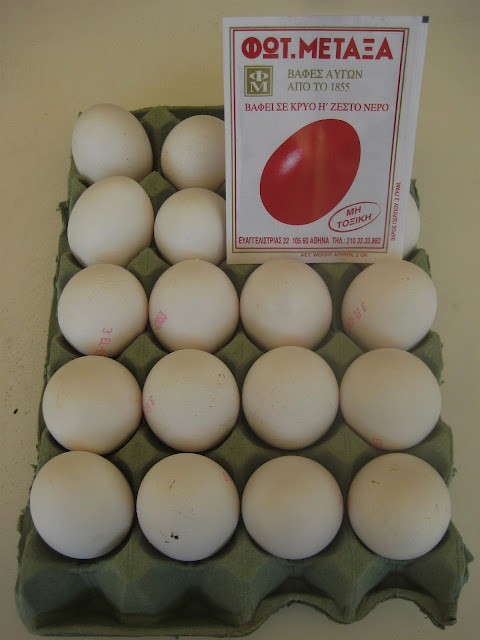 This whole time that I've been typing, I've also been dying eggs. I was pretty nervous that they weren't going to turn out, but guess what: 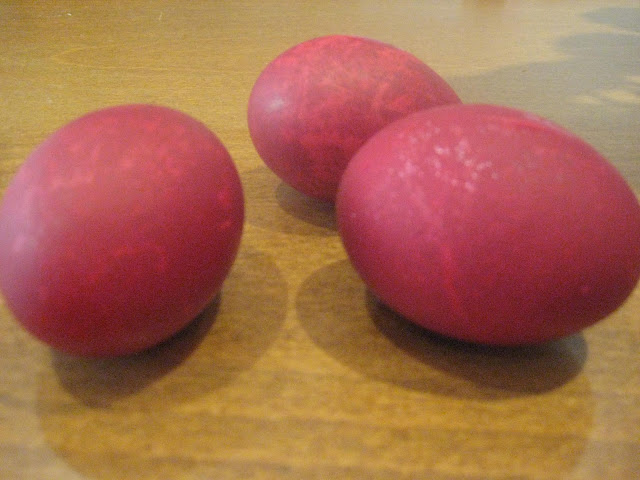 The mastic and mahleb that I bought are ingredients for an Easter bread, called tsoureki (τσουρέκι), that is traditionally made on Holy Thursday. [UPDATE: Or is it? Some references are telling me that Friday is the big baking day.] It's a fluffy, braided bread, weighed down by symbolism. The three strands that form the braid represent the trinity. The red egg stuck in the end represents the blood of Christ. The shine from the egg wash represents the light of Christ.

I was still debating whether I'd try to make the bread this year, when I ran across a local at the Embassy who suggested that it might be beyond my skill. The bread is currently in its final rise on the counter behind me. I'm curious to see whether I like it, or not. Mastic is made from tree sap, and it tastes like it. Mahleb is made from the seeds of cherries. The other main flavor comes from orange zest. It smells amazing, but we'll see.

It's hard to pass up the opportunity to try a local dish when I can get the ingredients so easily. Most of the recipes I read were written for non-Greece-dwelling audiences, and suggested online retailers for obtaining the spices. I walked to the regular grocery store down the street, and found exactly what I needed. I hope I hate the bread, then I won't have to worry about hunting down ingredients in the future. Or maybe I should lay in a supply now.


In case the tsoureki doesn't turn out, I went to the bakery and got some backup carbs. 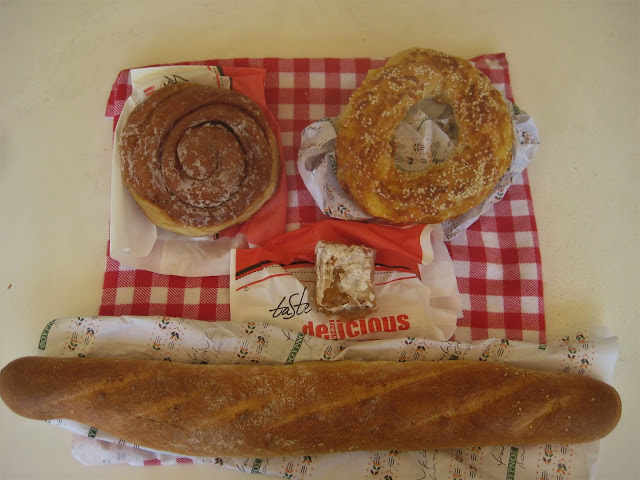 I'll update you later, when the bread is done, and when I know what's happening at church. In the meantime, here's a bird's egg I found on the ground this morning. I picked it up to show it to my kid, then realized that he doesn't care. You probably don't either, but here it is anyway. 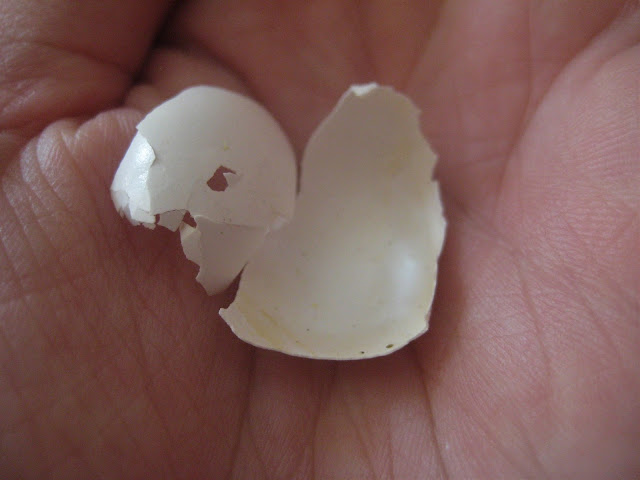