The tsoureki is out of the oven. 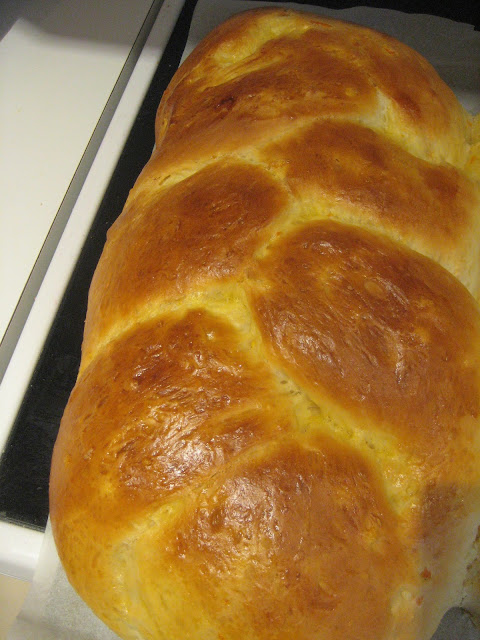 Seriously, look at this thing. The two loaves melded to form one giant thing.

As you can see, I took a big gash from the loaf on the right to make sure it was done on the inside. Somehow, despite the size, it was. Preliminary tests suggest that this bread tastes like tree sap, and orange zest.

Between this update, and the last, Phil returned from a work trip. He's watching The Kid, which is a relief because it means I'm free to work on my stories. That's the term Phil uses to describe the shows I watch on Netflix.

I'm keeping an eye on the church. If I can stay awake, I'll check out the interior later tonight.
Posted by jj at 6:39 PM