Today is a snow day in Athens. It's true. Hang with me for a minute while I give some background.

The weather in Greece turned wintery shortly before The Kid was hospitalized at the beginning of December. I like to think that Mother Nature was sympathizing with us. In reality, I think that's pretty normal for this area. Last year, it stayed warm throughout the winter, except for a little snowstorm on New Year's Eve, and a week and a half of rain in March. This year, it's business as usual.

Before you run away with an exaggerated report of the winter weather in Greece, I should say that, objectively, the weather is still pretty freaking fantastic. When we left the hospital last month (a week after we went in), we walked home in a blaze of sunshine (and glory). Though The Kid was subjected to a number of follow-up appointments, and repeated blood draws, the weather remained mostly nice, with scattered rain-ish days, until we left Athens for our R&R trip home. If my sources are correct, Christmas in Athens was mild, high-40s, and above freezing at night.

All of this, then, begs the question--what's a snow day doing in Athens? Frankly, I'm not ready to tell you yet. Let's talk about our trip home, instead. Athens is considered a hardship post, so we're allotted an R&R trip after a certain time of residence here. We chose to go home for Christmas. We flew from Athens to Paris, then Paris to our home. It was about 13 hours of flying. The Kid decided, on the night before our early, early departure, that he wasn't really feeling like sleep, and wanted to yell until one of us came to play with him instead. He played from 11pm-1:30am, then took a quick 2 hour nap before a long day of international travel.

Believe it or not, he did impressively well on the flights. He's on Phil's orders, so he was given his own seat on the plane. His own seat came with his own meals. He loved the French baby food, and devoured it cold, which is an impressive feat for that dude.

He did not, unfortunately, do as well the next day, when we flew from our home to the Bay Area to visit relatives. I'm not sure if the lack of sleep finally caught up to him, or if it was plane cabin fever, but whatever it was, it whipped him into a fury. He kept rearing his head backward in rage, and finally headbutted the window, which actually seemed to calm him down once the wailing subsided. We were lucky that there were so many other kids on that flight. We had cover when we left the plane.

In California, we took a BART train to the Mission district of San Francisco to eat one of the original Mission-style burritos. Phil insisted. The loss of Mexican food has turned out to be one of the sorest trials of our journeyings. The burrito wasn't wonderful, but it wasn't terrible, either. In Phil's review, it "[was]n't life-changing, but it's good."

Visiting with our Californians was wonderful. They very graciously put up with two zombies, and a baby for a few days and nights, and packed us full of delicious food while we were there.

Upon returning to our American homeland, we had to visit a pediatric specialist for The Kid's continuing medical saga. It was a great visit in the sense that the doctor was clearly an interested, knowledgeable guy, who got right to the root of the issue, and gave us practical suggestions. It was not great in that The Kid has an inheritable liver condition that could cause problems in adulthood. The condition itself is as yet untreatable, but the effects can be mitigated by lifestyle practices. We also have to periodically monitor his liver. From a clerical standpoint, this means that The Kid's medical clearance for State Department has been changed to post-specific. In the future, he will only be cleared to live internationally in places where the local healthcare can support his needs. So, that's kind of a bummer.

Overall, our trip had a lot of ups and downs. There were plenty of highlights. The Kid got to meet relatives and friends he didn't know before, including a grandpa, aunt, uncle, and his only cousin. We had a very snowy, white Christmas. The food was outstanding. Phil and I played (and won) a round of 5ive Straight with some of our favorite people from D.C. Phil went skiing. I spent time with good friends. We attended an insanely fun gathering of my cousins. It was hard to see so many people, and not enough people simultaneously. We didn't get to spend enough time with anyone, except maybe the people who flew back to Greece with us on the plane. They're probably glad to be rid of us.

We'll have another chance to cram in a bunch of visits this summer. The advent of 2017 means that we're entering our final months of Greek life. Sometime this summer, we'll be transferring to our next post. We have home leave in between, though we haven't decided where we'll be spending all of that time yet.

In the meantime, we'll be traversing as much of Greece as we can. We'll also be playing host to several of you, which will be fun. You'll be coming at a good time. The strawberries will be hitting their peak, the tourist sites will be deserted, and the weather will be improving.

Okay, you've waited long enough. Let's talk about the weather, and the snow day. We returned from a weekend trip to Italy to find a full-on snowstorm blanketing the city. Europe has been under blast for the past few days from a cold front. It's actually killed several people, which is heartbreaking. Greece usually sees one or two snowstorms a year, but the scale of these is a bit unusual. Here's what it looked like last night: 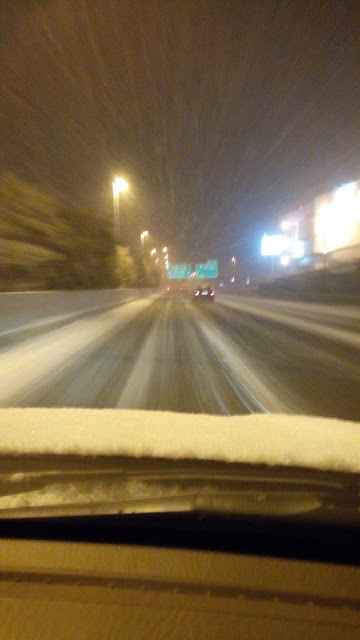 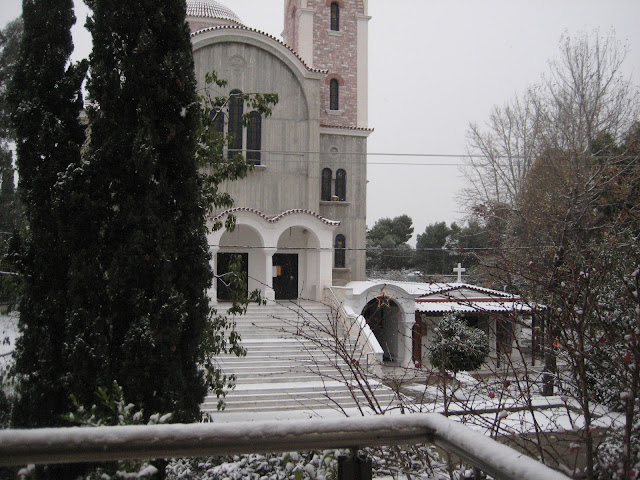 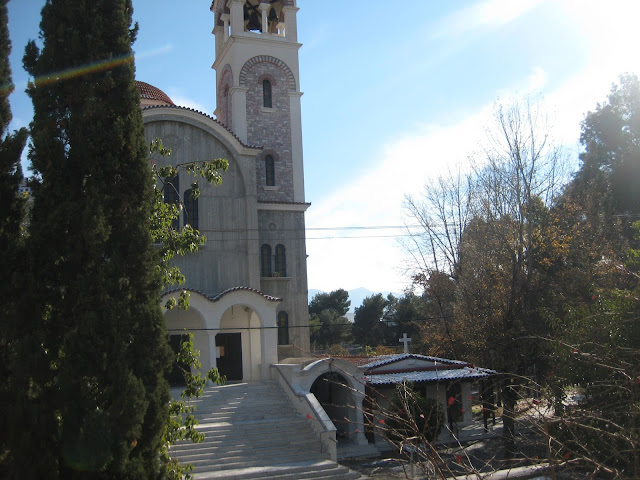 It's still Greece, even in winter, so the snow doesn't last long. Last night, when things were more slippery, the municipalities in Athens declared a snow day for today, and cancelled school. The kids were delightedly throwing snowballs at each other this morning. Snow days are universally awesome.

Coming up this week on the blog: photos from Italy! Other stuff that I haven't planned! Excitement! Joy! Everything you could possibly want! Unfulfilled promises! Eventual disappointment!

Email ThisBlogThis!Share to TwitterShare to FacebookShare to Pinterest
Labels: lately, snow in Athens, snow in Greece, winter in Greece