If you read Kate's Meteora post, which you should have read--it's delightful, you'll already know most of what you need to know about our trip to Meteora. I'm only making my own post to show off the photos I took, and to tell you about our hotel, Doupiani House.

Meteora looks like one of the "lands" in Disneyland. Wind and water have worn down the rocks in a really unique way. What I'm saying is that it looks completely fake. The first night we were there, we heard a thunderstorm in the distance. It only enhanced the effect. So fake. Anyway, it's a beautiful location. I would love to spend more time exploring the mountains and old monk trails. As for the monasteries, they're okay. The big one, Moni Megalou Meteorou, is worth the 3 euro entrance fee. Moni Agias Triados is also worth a peek, if you're a James Bond aficionado. I wouldn't get too hung up on visiting all of the monasteries on foot. Instead, check out some hikes in the area. I wish I had.

This is a series of photos called, "Find the Monastery." 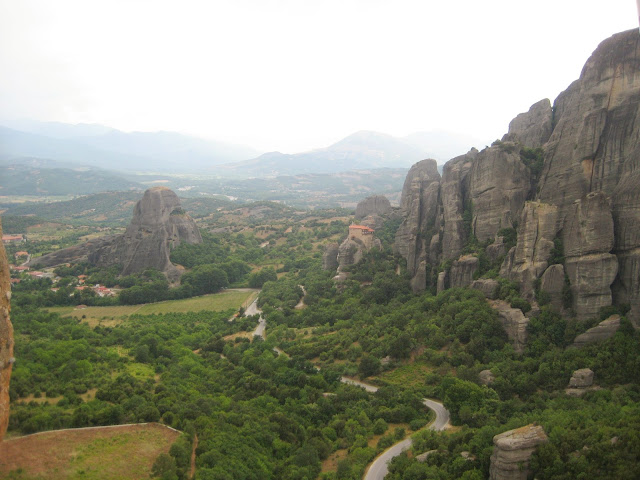 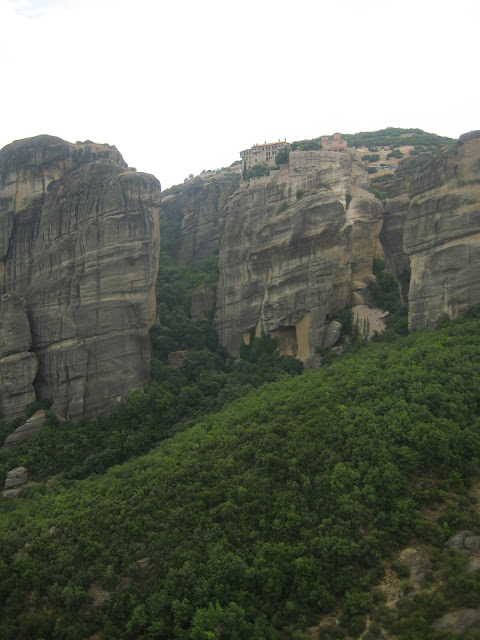 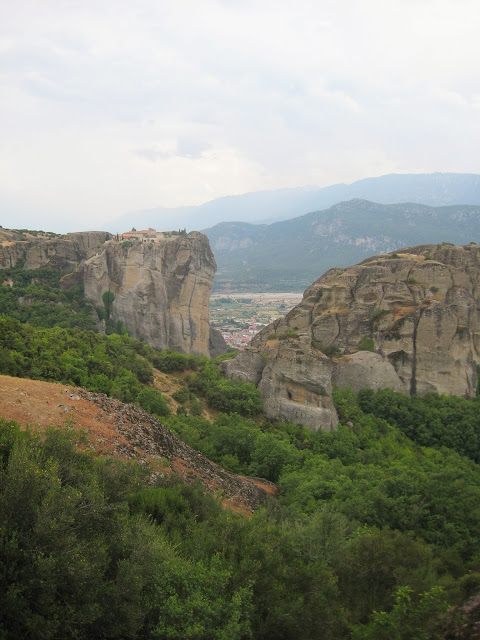 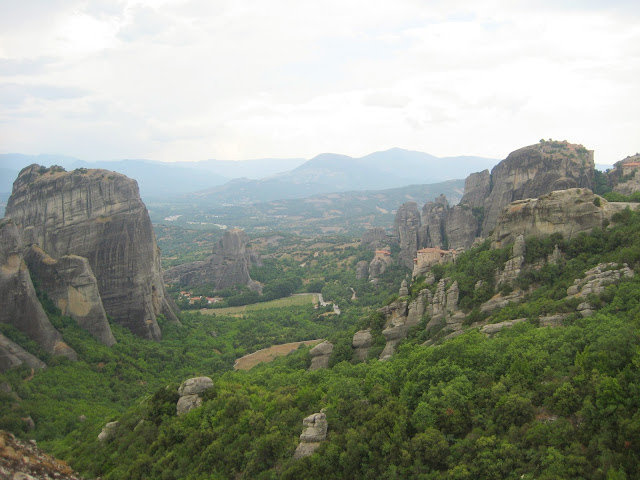 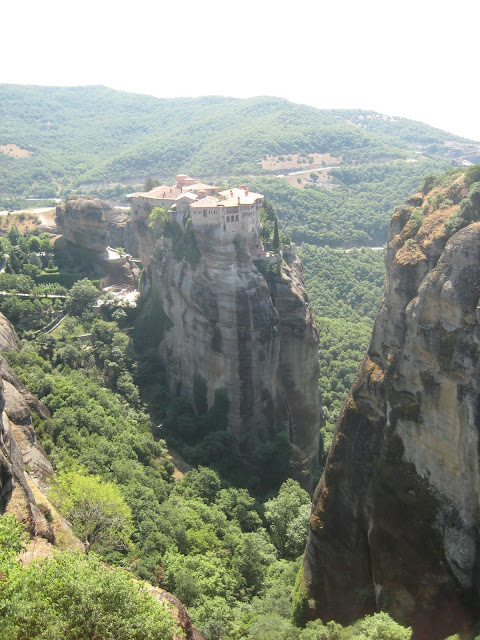 Be aware that there are potties available at the monasteries, but they may not be what you're used to as an American. I used a squatty potty for the first time in my life. It did not go well.


Our hotel was in the town of Kastraki. It's right next door to the bigger tourist town of Kalambaka, but it feels much less crowded. We stayed at Doupiani House. It's a beautiful hotel, with an incredible panoramic view of Meteora. The rooms were clean and pretty, and the breakfast (included) was fantastic. They had more traditional, for an American, breakfast foods like eggs, bacon, sausage, and cereal, but also had locally-sourced Greek dishes, like fava, and fresh Greek yogurt with honey. Breakfast is served buffet-style, and you can choose your seat on a beautiful patio overlooking the hotel garden. The owners are kind, and chatty. They have lots of visitors from all over the world.


Meteora is beautiful, and worth a visit. As Leonidas would say, "Come and take [it]."