So, it turns out that our one year anniversary of living in Greece is today. I'm still going to pretend like it's tomorrow. Today, we went to the National Archaeological Museum of Athens. This is one of the two museums Rick Steves tells you not to miss in Athens. We've missed it for a year, but it was cool to browse through it.

The museum hosts a lot of artifacts from the ancient sites we've been visiting. There was a ton of gold from Mycenae, for example.

The museum cost 10 euros. It's a bit out of the way. if you're downtown, but it would be a cheap, quick taxi ride. We took pictures, so you don't have to. 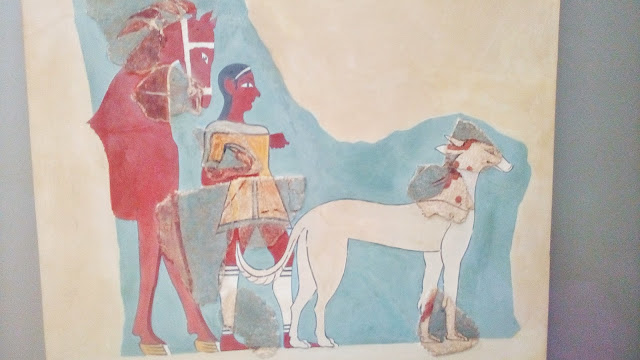 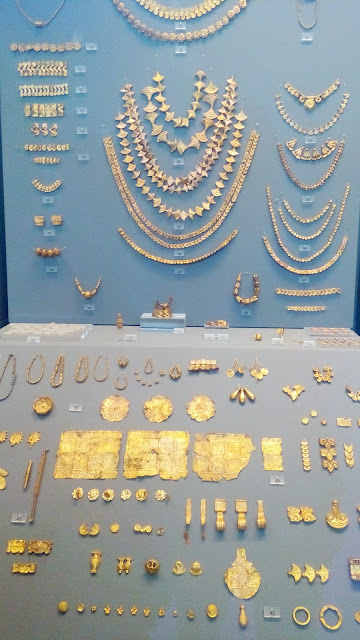 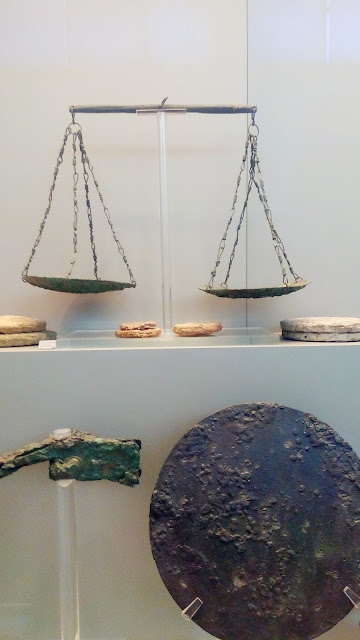 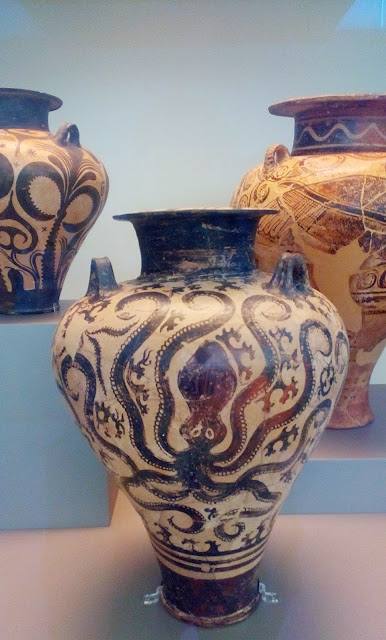 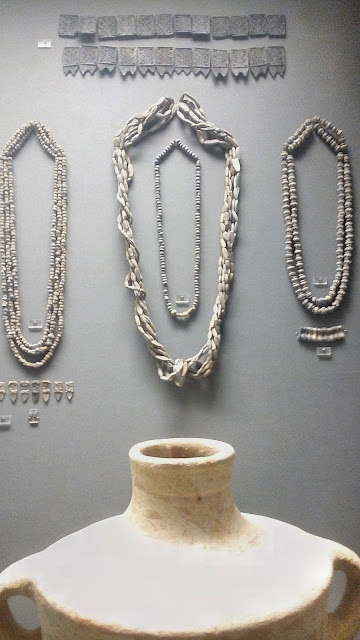 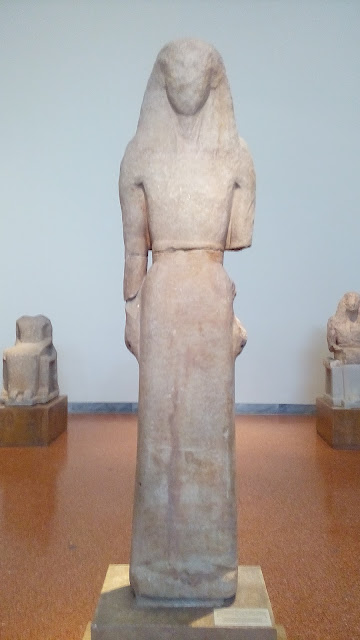 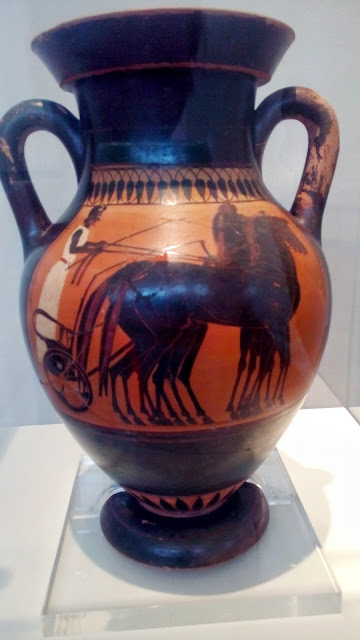 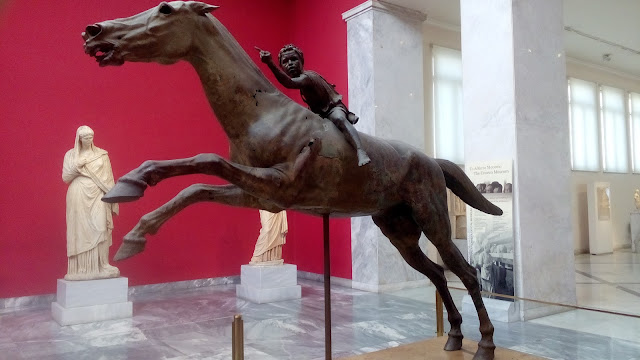 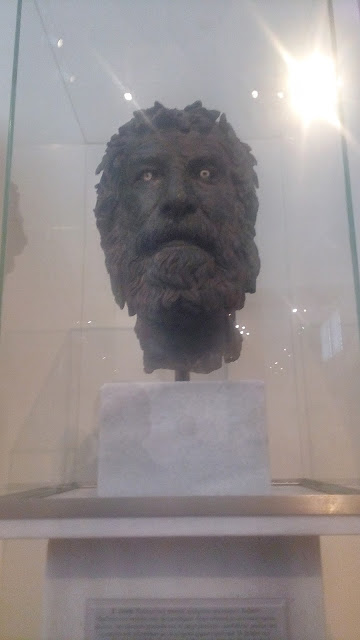 While we were walking through the museum, one of the docents, Eleni, started asking us about our kid. She showed us a photo of her three boys, and gave me one of her bracelets with wishes of good health and protection. It was a really touching experience for me. Many of the people we've met here are kind in a way that is deeply impressive. I can understand why so many Greeks who emigrate decide to return to Greece.