Yesterday, my awesome, fun, visiting friend and I took the party to the Peloponnese. We started in Mycenae, which I feel like I covered really thoroughly in an earlier post. If you don't know what I'm talking about, get out. I failed to include some crucial information out of the earlier Nafplio post, so I tried really hard to fill in those blanks for you this time. Like yesterday's post, these photos will be presented with limited captions. I'm so tired, you guys.

In our personal history, this was the fortress I couldn't tour when we went to Nafplio before because we'd brought the dog with us. It was fun to go back and see it again for the first time. 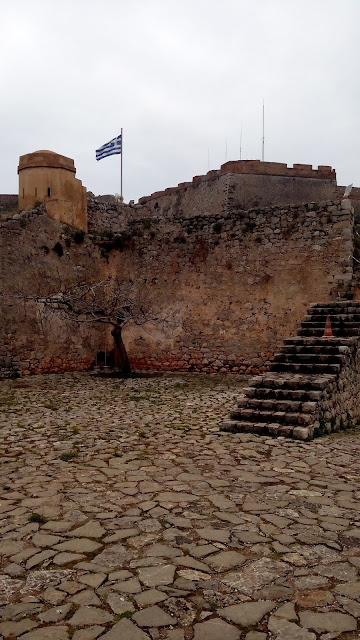 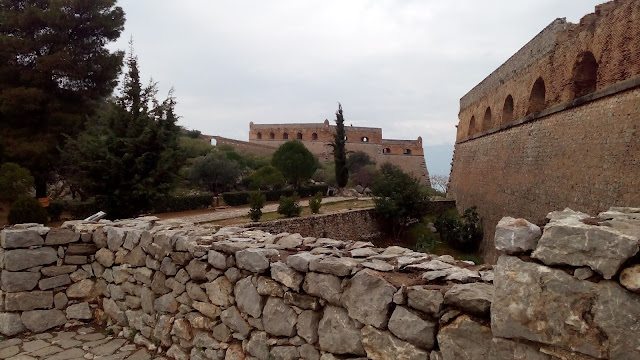 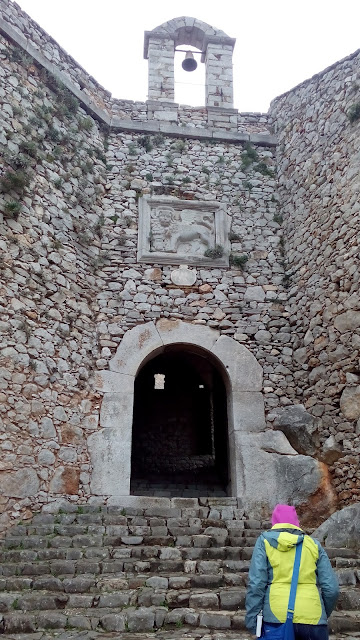 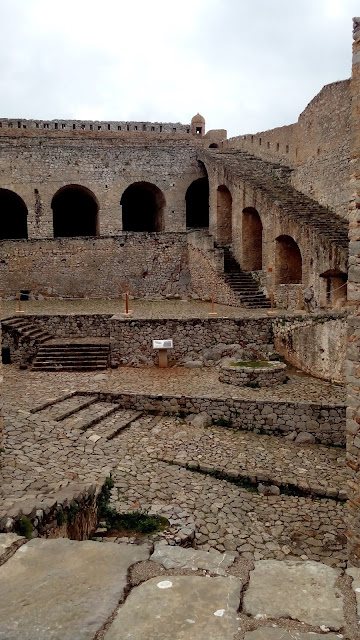 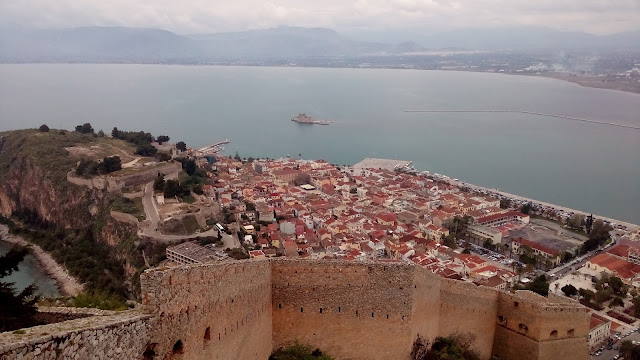 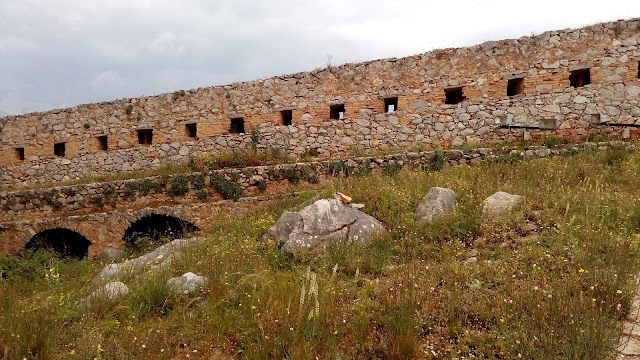 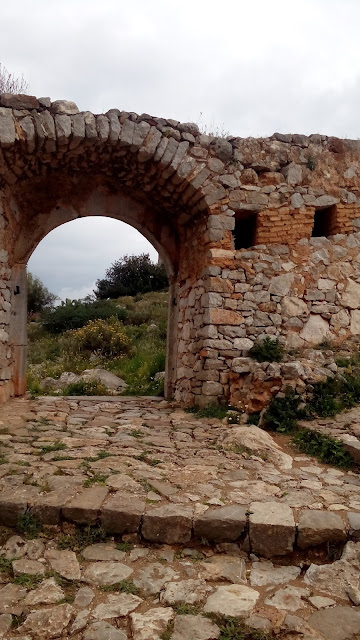 Gelato in Nafplio
I told you this place is known for having the best gelato in Greece. I forgot to take a picture of it for you last time. Here it is. Chocolate and hazelnut. This one set me back 3.50 euros, and it was worth every last euro cent. 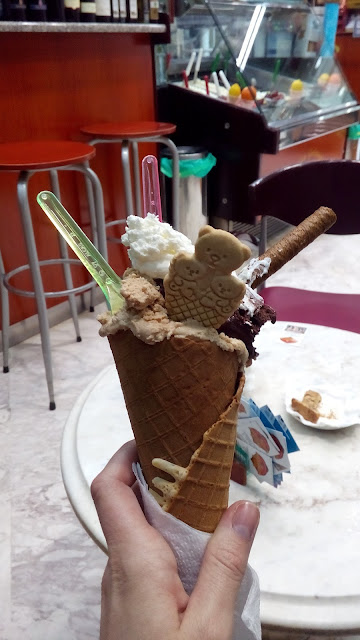 Rick Steves' Nafplio Walking Tour
We followed along with Rick Steves' walking tour through Nafplio. On the whole, he doesn't sound super jazzed about the city. I rarely disagree with the man, but his opinion of certain sites in Greece don't coincide with my own. It's unsettling. His walking tour through Nafplio was fun. It probably makes more sense in high season, but we enjoyed it in low season.

Loukoumades in Nafplio
I've told you about Greek donuts, or Loukoumades, before. If you don't remember, I say to you again, get out. After Rick Steves failed to walk us to a bakery, we found our own conveniently located right next door to the gelateria. They shared a wall.


Shortly after we got the donuts, it started raining. It was already after 5pm, so we decided to call it a day, and head back to Athens on the toll roads. I'm wondering if I could convince a group of people to split the cost of making a regular 4 hour round trip drive to Nafplio solely for gelato and donuts. I think it's possible.
Posted by jj at 10:32 PM