Acropolis, and Other Archaeological Sites in Athens

I took a bunch of photos during our excursion, but first you have to read some words.

Acropolis Tickets
For 12 euros (during the off-season), you can visit the Acropolis, and most of the other nearby archaeological sites in Athens. From April-October 2016, the same ticket will cost 20 euros. Bummer if you're coming in the high season. It's still worth it, but I'm sad for the 8 extra euros you'll have to shell out, especially because for 9 euros, you can get two frozen strawberry lemonades from the snack bar at the base of the Acropolis. I had a heart attack when the guy told me the price. Yikes. I still don't regret it.

Walking Tour Itinerary
8 month pregnant lady says if you're in decent shape and have good shoes, you'll easily be able to walk to all of these sites, possibly in one day, though that depends on whether you're dealing with early closing hours in the winter (3pm). It also depends on how early you start, and how many people decide to tour on the same day as you. Realistically, you'll probably need 2 days if you want to see everything there is to see in Athens, but that's only if you dig museums. We haven't been to those yet. We didn't get downtown until about 10:30am yesterday, but we were able to hit: Temple of Olympian Zeus, Hadrian's Gate (or Arch of Hadrian), the south slope of the Acropolis, the top of the Acropolis, Mars Hill, a casual stroll-by of the underwhelming Roman Agora, a short stroll through the much more impressive Ancient Agora, a brief taste of Plaka, Monastiraki, and the changing of the guards across the street from Syntagma at the Parliament building. We walked through the National Garden on our way back to the car, and looked down at the ancient Roman baths, about halfway between Syntagma and Hadrian's Gate. We were back home by 5:30pm.

Killer Acropolis Tickets Tip (You're Welcome)
One really helpful tip that you'll absolutely adore me for telling you is to buy your Acropolis combo ticket from one of the less crowded sites. We got ours at the Temple of Olympian Zeus. None of the sites were crowded, because the weather is still very foreboding, but I imagine it's a hellish line at the Acropolis during high season.

At long last, here are the photos. You're not going to get my hilarious, extensive captions because: 1) I'm exhausted, and 2) you can easily find all the info on these sites online or in guide books. If you'd like me to tell you more in my characteristic half-historically accurate style, I'd be happy to fill you in. But it's not going to happen immediately. 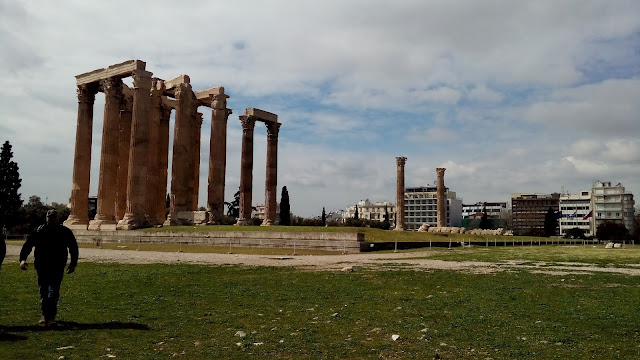 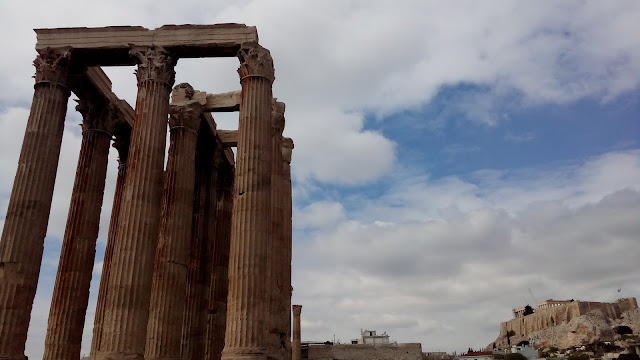 Hadrian's Gate or Arch of Hadrian 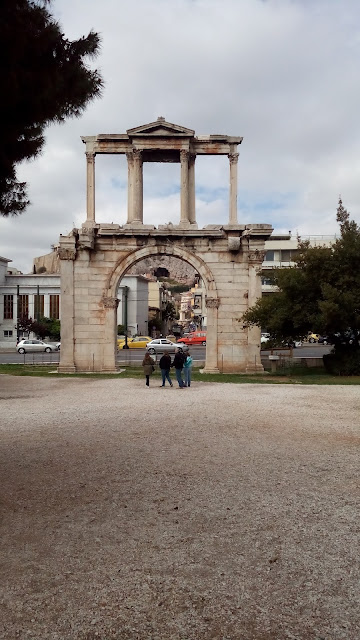 South Slope of the Acropolis 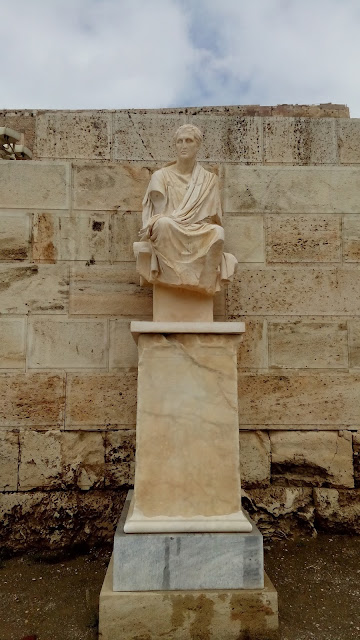 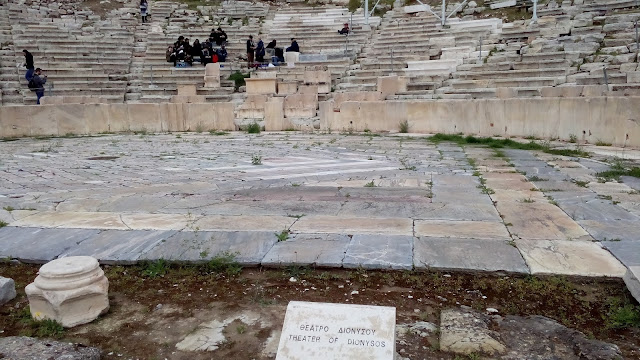 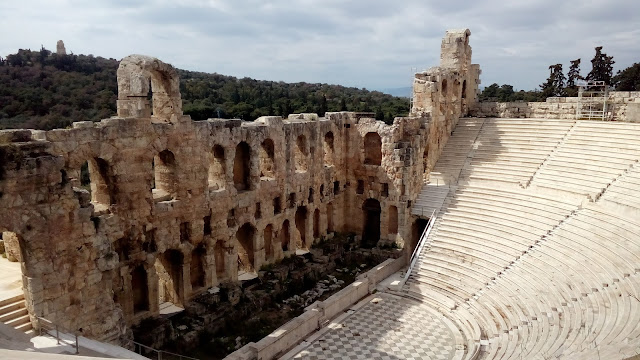 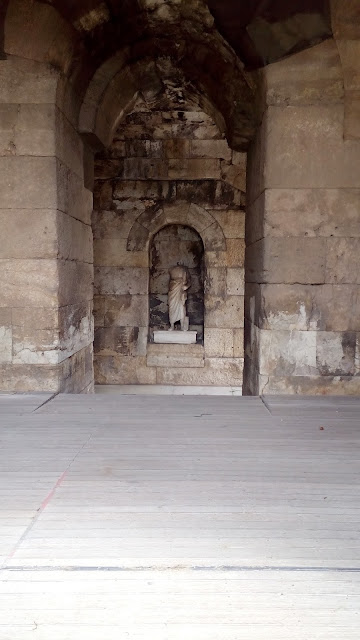 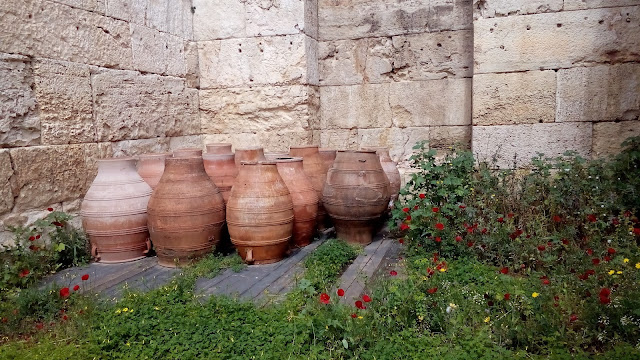 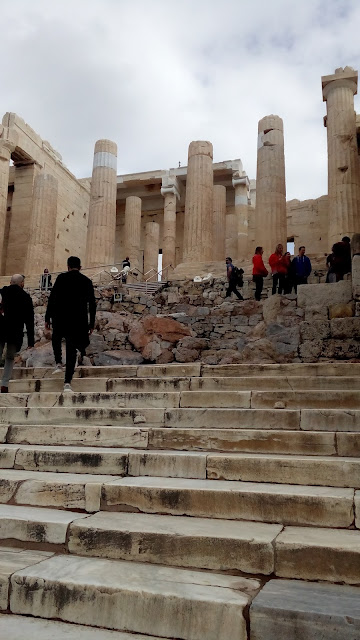 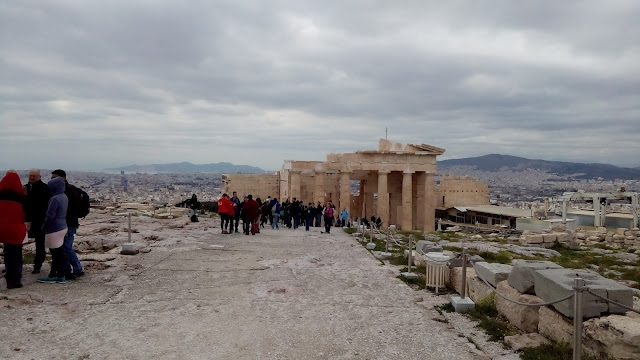 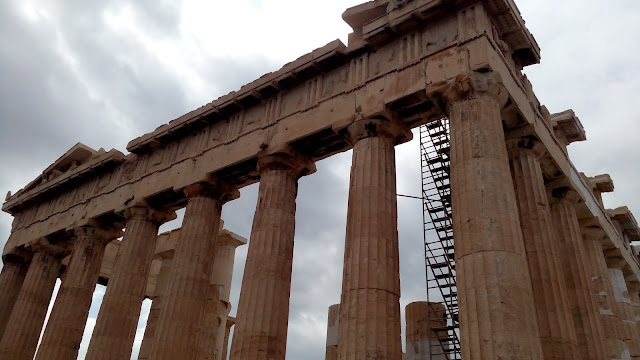 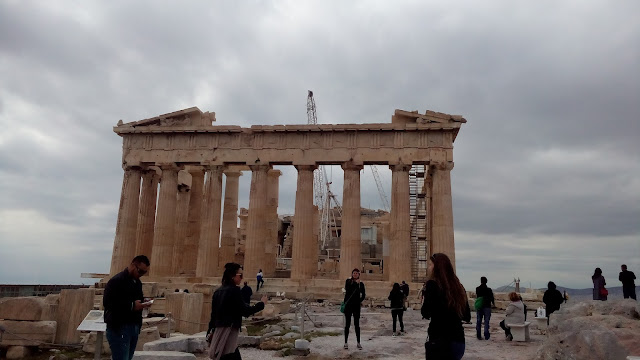 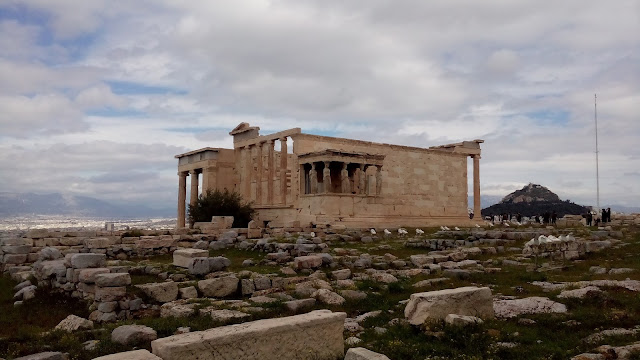 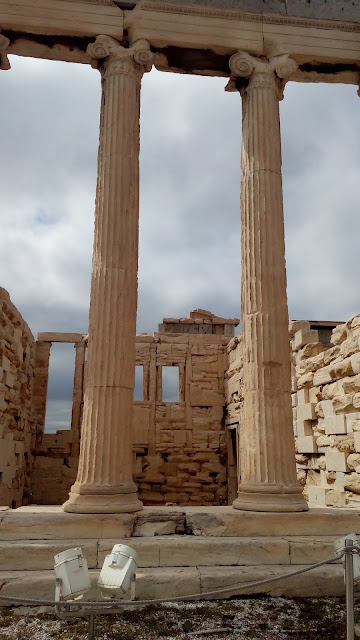 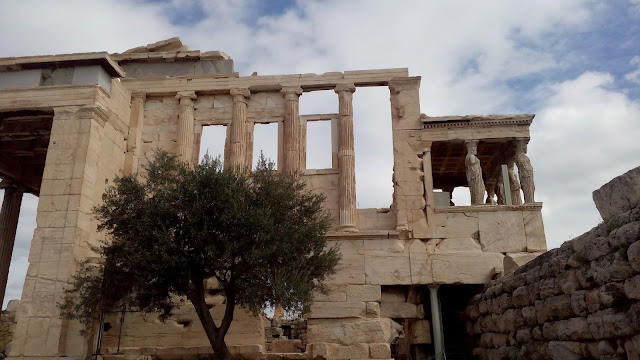 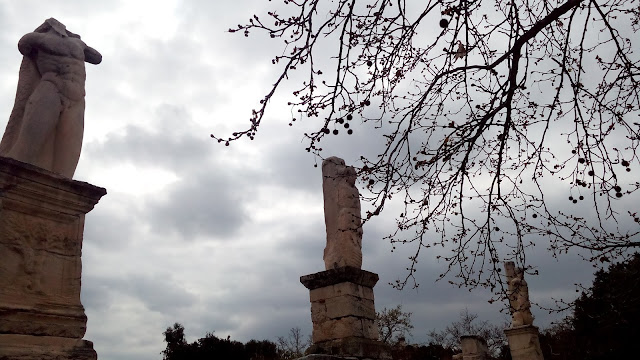 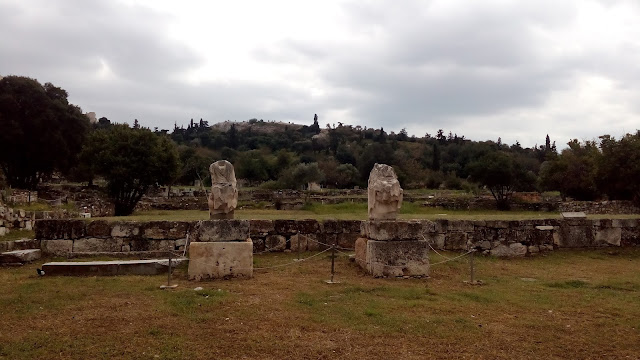 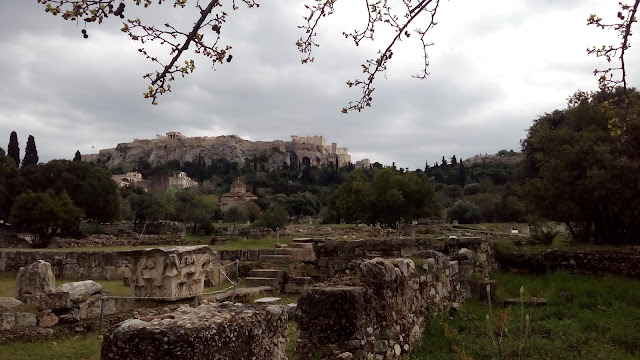 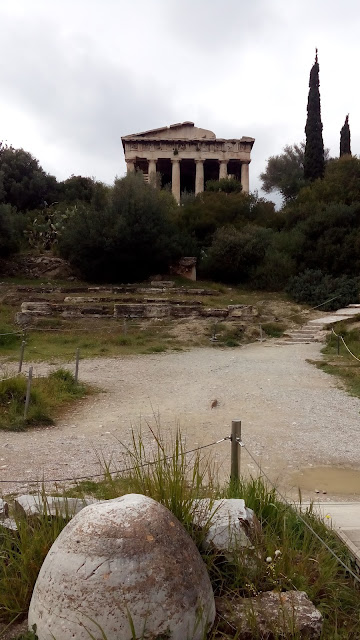