The neighbor's housekeeper saw me coming in with Bella this morning and said, "Oh, you're still walking?!" I said, "Yeah, I am," really smugly, but now, six hours later, I am hobbling. I have to stop setting myself up like that.

Before my walking career ended, I went outside with my camera and took photographic evidence of the blossoms. These are from four different places on our walk today. Aren't you just sick with envy? 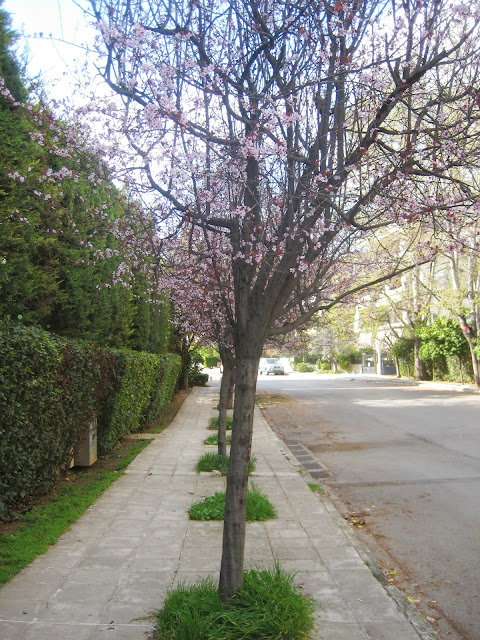 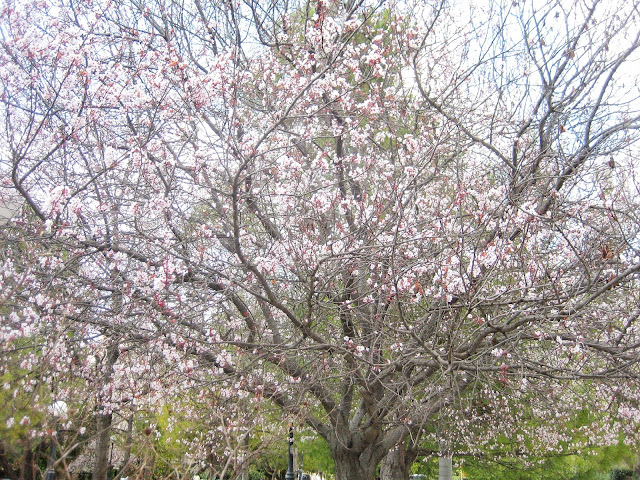 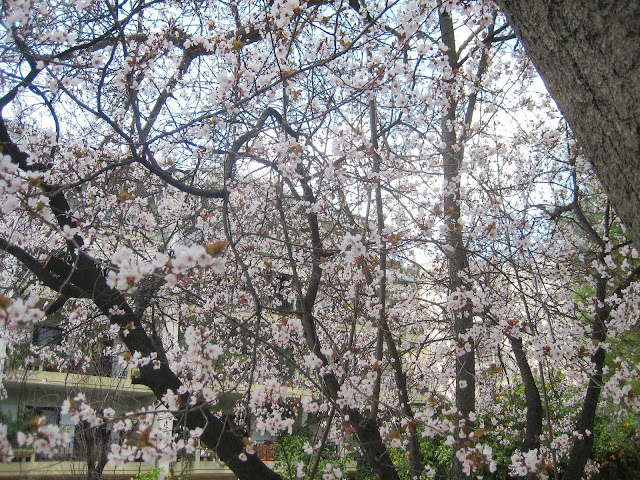 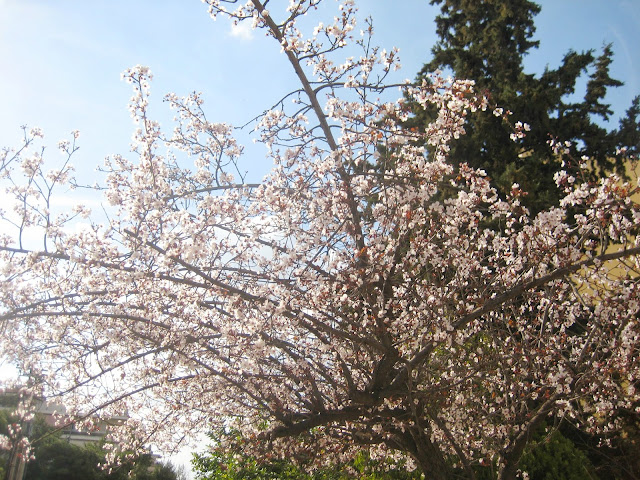 I have three stories I've been wanting to tell you. I've been saving one for a couple months. I don't know if it would be fair to call these Greek-isms, though in some ways they do seem really classically Greek (and the third one is totally Greek). I'll feel really badly if it sounds like I'm ragging on Greek people. I like them a lot. They're some of the nicest people I've ever met. I think I'll just call these stories "Athenian Anecdotes," and then I won't feel like such a jerk for laughing at them. 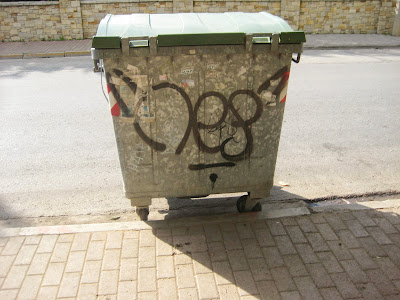 Walt Disney figured out that when people need a trash can, they want it to be within about 30 steps of where they are. The Attica region adheres fairly well to Disney's policy. Rather than assigning a specific can to a particular house, there are just a bunch of trash bins at intervals along the city streets. You can use whichever you'd like, and they're emptied every night. The one minor hassle is that sometimes you have to take more than 30 steps to get to the closest container. I'm sure that's what happened to the woman I saw on our drive a few months ago. It was a cold night, and pretty dark. Phil and I were stopped at a red light on the way back from the grocery store. I glanced down a side street, and saw an older woman walking toward a trash bin with a garbage bag. She stopped two feet from the bin, and hurled her bag toward the open top. The bag flew over the backside of the bin, landing directly behind it on the sidewalk. Now three feet from her goal of getting the garbage into the bin, the woman paused and stared for a moment. With a shrugging gesture that clearly conveyed both her apathy for the situation, and insinuated that the bag itself was at fault for not making it into the bin, she turned away haughtily and marched off into the night. 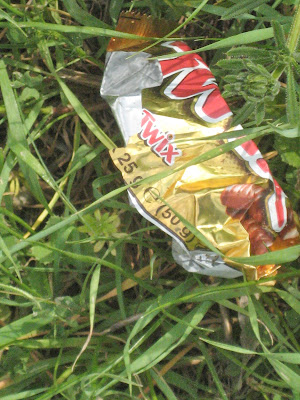 Downtown Athens has classic big city charm. It's grimy, graffitied, and there's a bunch of trash everywhere. Maybe the open-acces garbage bins aren't so effective. At any rate, I had to run an errand this morning in an area where parking is a battle. I ditched my car early, and went in on foot. Shortly into my walk, I noticed a woman coming toward me on the opposite side of the street. Someone had discarded a Twix wrapper on the sidewalk, and she was obviously unhappy to see the trash. I watched this woman for the next thirty seconds as she made a very concerted effort to take care of the Twix wrapper by pushing it with her foot all the way to the edge of the sidewalk, past a garbage bin, and into the rain gutter. She continued on her journey with a pleased determination.

Athenian Anecdote #3:
The Cleansing Power of the Iron 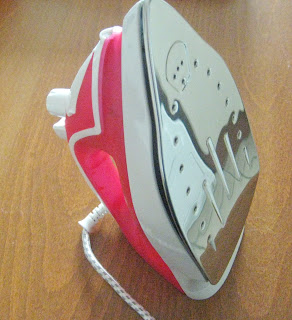 While chatting with my midwife, another non-native, I learned something new about the Greeks. We were discussing how to clean baby clothes, when she asked whether I ironed a lot. I immediately saw how wrinkled my clothes were, and very reluctantly revealed that I almost never iron. Then she asked if Phil likes to iron things. "Yes...?" I responded hesitantly. "Well you don't need to iron the baby's clothes. The hot water will sterilize them enough." "I'm sorry, what?! People iron for non-aesthetic reasons? People iron baby clothes?!" They do. It turns out that Greeks are deep believers in the cleansing power of the iron. My midwife told me that normally the laundry conversation takes an hour because she has to convince people that ironing is not an essential component of ensuring your infant's clothes are clean enough. The really wild thing is that this practice isn't limited to baby clothes. "My mother-in-law, who is Greek, irons everything. Underwear, certainly. She'll turn it inside out and just [gestures furiously] iron...out...the...bad...stuff. Sometimes socks, too."

This place is cool, man. It's just cool.