Here are a few pictures of my skilos (σκύλος) relaxing on a chair. 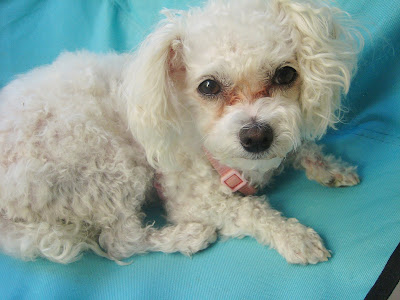 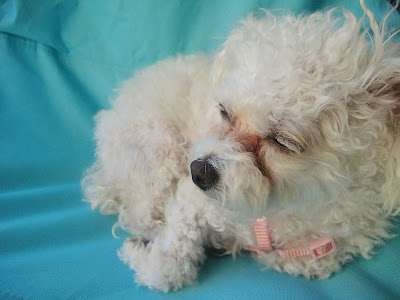 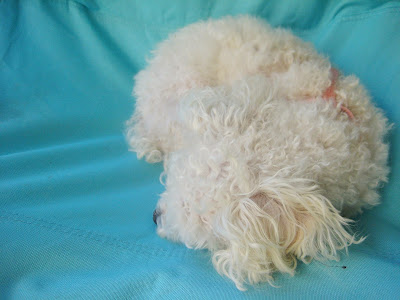 When we pass little kids on the street, their adults usually point to Bella and say, "Something, something, something, skilake (which I don't know for sure how to spell in Greece, but maybe looks like σκύλακι?)!" Skilaki is the diminutive form of the word "dog," so they're calling her a "little dog." I think it's adorable.

When I was researching how to spell "the diminutive form of dog in Greek," a lot of sites popped up referencing that part in the Bible where Jesus is approached by a woman who asks for her help, and he tells her that he's not going to throw food to a dog. It turns out that Jesus was using the diminutive form of the word, which provides a much, much less harsh interpretation of what went down there.

According to Wikipedia, which I take for granted as a credible source, "literally every noun" in Modern Greek has its own diminutive. Americans seem to be a lot less formal in our conversations. It's totally acceptable to say "Hi," or "Hey," or "See you," to a stranger, but Greeks expect strangers to be formal. So now I've got to learn the diminutive for "literally every noun," so I can make sure I never, never use it in the wrong context.

And finally, here's a picture of the almost-full moon. There are a lot of full moon parties tomorrow night, that I think are also end of summer celebrations. The Argentinian embassy is hosting moonlit tango lessons and performances. Dare I? 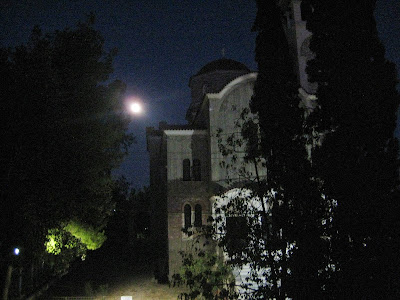